An army of soon to be unemployed northern graduates may end up heading for the south east to find work, given the impending loss of public sector jobs. 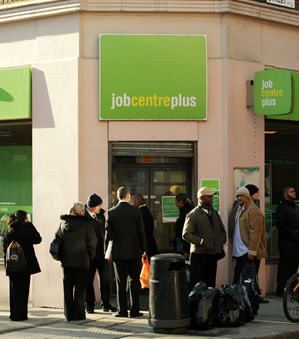 It’s enough to fill your average Daily Mail leader writer with dread. An army of soon to be unemployed northern graduates may end up heading for the south east to find work, given the impending loss of public sector jobs.

A new report by Jonathan Wright from The Work Foundation entitled ‘Cutting the apron strings? The clustering of young graduates and the role of the public sector’, finds that:

“Towns and cities in the north such as Leeds and Sheffield and Rotherham were the biggest gainers.”

The report argues that retaining a valuable pool of graduates in areas like these is utterly dependent on the supply of public sector employment:

So the government’s £81 billion public spending cuts and the scything of 180 public bodies will have a disproportionate effect on our regional economies, with fewer graduate-level private sector jobs to lessen the impact.

Indeed, the 725,000 public sector jobs that are expected to be lost by 2015-16, according to the Chartered Institute of Personnel and Development, will hollow out graduate opportunities in the north and midlands and hold back growth.

Despite its fuzzy claim to want to “rebalance the economy”, the government’s hopelessly asymmetric approach to economic development will continue to skew economic opportunities towards the overheated, overcrowded south east.

Meanwhile, making a related point, The Economist recently heralded the rise of Londonism – a “self-reinforcing ideology” that sees politicians of left and right put the interests of our “city state” above the needs of the rest of the country:

“National politicians oscillate between a zeal to prop up Britain’s regions and a resigned acceptance that scarce investment must go to its behemoth of a capital.

“The latter has been winning of late, hence Crossrail, the high-speed connection to the continent, and the upgrades of London’s bus and Tube networks.”

A couple of years ago a report by right-wing think tank, Policy Exchange, claimed some northern cities were “beyond revival” and that mass migration to the south east was the only viable option for millions of workers. David Cameron described the findings as “insane” – but as graduates with no job prospects head south, such insanity has now, apparently, become government policy.