The government must make a decision quickly and correctly over the issue of voting rights for prisoners or risk further law suits, writes the Howard League's Stephen Gummer. 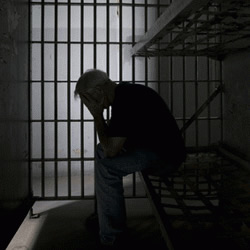 The case of John Hirst has caused a great deal of controversy across both Houses of Parliament over recent months. The case appears to compel the UK government to allow prisoners to vote in UK general elections. However, yesterday the House of Commons Political and Constitutional Reform Committee heard testimony from Aidan O’Neill QC that suggests the ambit of the case might be a good deal wider than first thought.

Mr O’Neill suggested that government could face further law suits and further claims for compensation if prisoners were denied the vote in this May’s Welsh and Scottish Assembly elections.

This evidence appears to be reliable as both the fora are constitutionally required to comply with the Human Rights Act 1998 and consequently decisions of the European Court of Human Rights.

Thus far the government has suggested giving the vote to prisoners who have been sentenced to under four years in prison. However, Dr Eric Metcalfe from the organisation Justice yesterday gave evidence to the committee that any blanket ban in any form would risk being incompatible with the Human Rights Act 1998.

Many have disputed that all people are entitled to the right to vote and while prisoner voting may have some rehabilitative effect, many would consider such an effect to be limited. However, it might be better to look at the argument as providing representation for social groups otherwise frequently excluded from many public services.

Enfranchising prisoners would provide representation for many vulnerable people in our society without a voice at the current time.

Our prison system is overcrowded with society’s more vulnerable individuals:

• Around 48% of prisoners ran away from home as a child;

• 63% of male prisoners have a hazardous drinking problem;

• 70% of prisoners suffer from two or more mental illnesses; and

• 32% of people in prison were homeless before they entered prison.

Whether or not you accept this perspective yesterday’s committee meeting in the Commons has made one thing clear, the government must make a decision quickly and correctly for risk of further law suits.

17 Responses to “Should prisoners be allowed to vote?”