Although the government has made serious moves in the direction of civil liberties - notably cancelling inherited plans to introduce identity cards and an aspiration to end child detention within the asylum system - the announcement of the Freedom Bill is a landmark moment in British government. The previous Labour government passed liberal reforms which changed Britain irrevocably. 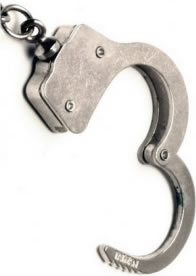 Although the government has made serious moves in the direction of civil liberties, notably cancelling inherited plans to introduce identity cards and an aspiration to end child detention within the asylum system, the announcement of the Protection of Freedoms Bill is a landmark moment in British government. The previous Labour government passed liberal reforms which changed Britain irrevocably; the Human Rights Act ensures that British citizen rights will always be enshrined in law, and the Freedom of Information Act has revolutionised the way politicians are scrutinised, most notably leading to the uncovering of the abuse of parliamentary expenses.

However, the Labour years were also a time of an erosion of civil liberties, rooted in two key moments. One was the horrific murder of Liverpool toddler James Bulger in 1993 by two ten-year-old boys. Tony Blair was shadow home secretary at the time, and was generally perceived more in tune with public sentiment than the Conservative government.

His performance was a key factor in his credentials to be elected leader of the Labour Party the following year. The other crucial junction was the 9/11 attack, and the fear of Islamic fundamentalist terrorism in the  UK.

The result was a slew of measures which have become part of the furniture of British society: criminal records bureau (CRB) checks; anti-social behaviour orders; and the Racial and Religious Hatred bill. While much of this legislation is still in place, the new bill marks a change in direction from government concerning civil liberties.

Key aspects of the bill include:

• An easing of CRB checks;

• The scrapping of ‘section 44′ powers, that allow police to stop and search individuals not suspected of wrongdoing, in the course of combatting terrorism;

• Reducing the maximum period of detention without charge from 28 to 14 days;

• The outlawing of taking children’s fingerprints in schools without their parents’ permission.

A little-reported but crucial part of the bill is the wiping of criminal records for gay men who broke the law as it stood before 2001. When homosexual practice was legalised in 1967, the age of consent was 21, compared to a heterosexual age of consent of 16; this was lowered to 18 in 1994 and 16 in 2001.

This meant that, for example, a 22-year-old could gain a criminal record for having sex with a 20-year-old before 1994. If this individual applied for a job in 2010, sexual offences would be recorded on any CRB check. This reform eliminates this anomaly.

“For some gay men, these convictions have continued to overshadow their lives long after the offences were removed from the statute book. Britain has moved on.

“It is only right that these men should be free to apply for jobs and voluntary roles without fearing that these historic and unjust convictions will be revealed through criminal record checks. Stonewall will be encouraging politicians of all parties to back the measures in the months ahead.”

14 Responses to “The Protection of Freedoms Bill: A new era in Westminster”