Location is crucial to understanding the full impact of the cuts; it is time to move away from spreadsheets and look at the real implications of the cuts in context. 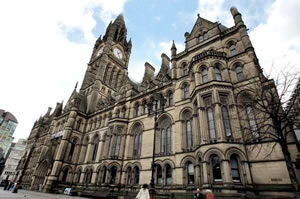 Jenni Viitanen is a research fellow at ippr North

On Tuesday Manchester City Council announced it had to find 25 per cent savings over two years. As a result, 2,000 jobs – or 17% of the council’s workforce – will face redundancy. Local government minister Grant Shapps accused Manchester of unnecessary cuts; according to the government’s ‘spending power’ calculations the reduction amounted to only 15.5% over two years.

However, the spending power analysis has a number of blind spots, some previously grant-funded activities are not included, and the picture is further complicated by the inclusion of the ring-fenced NHS social care money.

Ever since the announcement of the Spending Review in Autumn 2010, various analyses have shown how large metropolitan authorities, such as Manchester and Liverpool, will be hit by the deficit reduction plans disproportionately.

The slicing and dicing of local government grants and funding pots will not hide the fact that urban areas with deep-seated poverty and the highest need are the worst affected, as shown in this straight-forward analysis on Left Foot Forward by Will Straw.

Shapps suggested that Manchester should look to the neighbouring Trafford for how they have weathered the settlement so exceptionally well. In 2011/12, Manchester’s settlement per head will be £714, compared to £324 in Trafford. However, Trafford has historically received one of the lowest annual fundings per head, due to the affluence of the local population.

Ever since the Conservative government introduced the Greater Manchester County Council in 1974, the city of Manchester’s truncated geography has been such that apart from the booming city centre, it includes some of the poorest inner city areas in the region, whilst the neighbouring leafy districts such as Trafford are home to an affluent commuter belt.

This fact is also highlighted in the pay gap between the two authorities, measured as average gross weekly wage for full-time male employees:

Apart from the wage gap, issues such as child poverty and health inequalities are stark in Manchester. In short, location is crucial to understanding the full impact of the cuts. It is time to move away from spreadsheets and look at the real implications of the cuts in context.