New research by ippr north shows that the gap between the rich and poor is narrower in the North than in the UK on average, but the gap is growing across the board. 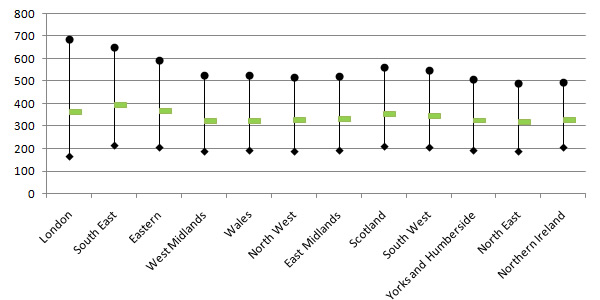 Jenni Viitanen is a research fellow at ippr north

New research by ippr north shows that the gap between the rich and poor is narrower in the North than in the UK on average, but the gap is growing across the board. Focusing on a period of sustained economic growth prior to the recession in 2008, the headline findings from the report are summarised as follows:

The distribution of household income by top and bottom 20 per cent of households in Figure 1 shows how London and the South East, also home to the strongest regional GVA growth (see Figure 2), are the most unequal. The green box indicates regional median income.

We can also observe from Figure 1 that the variation in the low-end income is minor across the regions and largely unaffected by the wide range of earning potential in the top 20%. 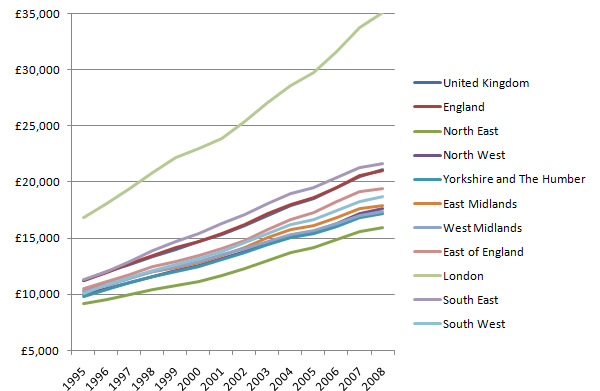 Figure 3 depicts how the top 20% of wage earners have increased their earnings by double the rate compared to the bottom 20% during the monitoring period 1998-2006, but that the Northern regions still compare favourably to the UK average.

The ‘average’ gap in the UK is inflated by the particularly stark differences in London and the South East, as the regional breakdown shows in Table 1, also confirming that Yorkshire and Humber and the North East are the most equal English regions in terms of pay.

Income polarisation in the Northern city-regions

The research also measured the extent to which the level of household income varies at the ward level within the Northern city-regions. The results are shown as Standard Deviation from the city-region mean.

Figure 5: Income polarisation in the Northern city-regions (+/- £ per week) 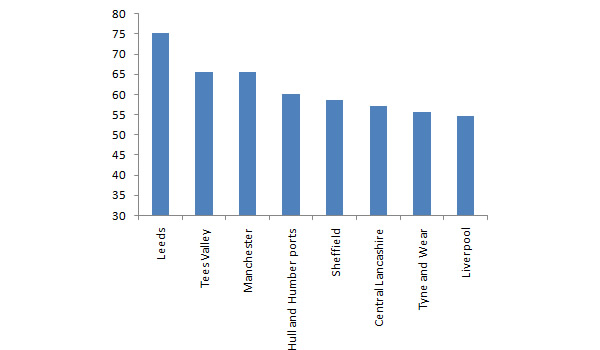 The findings suggest that inequality is potentially damaging for all members of society. Analysis carried out indicates that more unequal cities appear to have less community cohesion and a weaker sense of belonging. In other words, the social fabric of communities appears to be more fragile in areas where the standard deviation of household income is higher, as shown in the scatterplots (Figures 6 and 7):

These findings highlight the policy challenges facing the government when planning a return to future economic growth. Traditional measures of economic performance do not take account of how the proceeds of growth are being shared and whether inequality is rising.

• The full research report can be accessed here.