Todays Institute of Directors "Freebie Growth Plan" report is wrong; if implemented, the measures they propose would lead to considerable losses for most taxpayers. 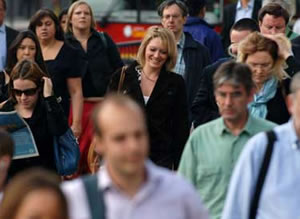 Today’s Institute of Directors report claims that the Government is missing a trick: apparently they have failed to notice a whole slew of ‘freebie’ growth measures that are just waiting to take our economy from strength to strength at “little or no cost to the taxpayer over the period of the Spending Review”.

But the IoD’s analysis is wrong: if implemented, the measures they propose would lead to considerable losses for most taxpayers – who would see a significant deterioration in the quality of their working lives – while doing very little to promote a sustainable recovery and boost growth.

The case against this short-sighted view has been set out many times over the last year – the fact is that there is simply no evidence whatsoever that moderate levels of regulation impede economic performance and there is good evidence that some types of regulation have positive economic impacts.

As I wrote last month, research from across the world shows there is no significant relationship between employment levels and employment rights and one recent systematic review found:

“…a yawning gap between the confidence with which the case for labour market deregulation is asserted and the evidence that the regulating institutions are the culprits.”

The UK already has weaker protection for employees at work than practically every other developed country in the world; cutting rights more will, at best, have no impact on jobs and at worse reduce employment. As the Chartered Institute of Personnel and Development have highlighted, such measures could have precisely the opposite impact of that intended.

For example, reducing unfair dismissal protection risks rising unemployment (although the measures would probably be jobs neutral over the economic cycle) and removing important protections such as the right to request flexible working (which is after all only a formal right to ask for changed working hours) would likely lead to a reduction in flexible posts and a consequent fall in labour market participation among groups who benefit from such opportunities – mainly women and often carers.

The IoD are also strong advocates of reducing the size of the state as a growth promotion measure. While they don’t prioritise the interests of most taxpayers they are worried about reducing taxation for a select group, individuals who earn more than £150,000 a year and big business corporate tax payers – and are also keen for the government to make an “explicit commitment to reduce the ratio of public spending to GDP to 35 per cent by 2020”.

This is as neo-liberal as is comes – cut the public sector down to size, permanently reduce public investment and the private sector will shine. It is also economic folly: had the government followed the IoD’s advice during the recent recession the UK would now be in a severe depression. As the IMF concluded, when commenting on the deteriorating debt to GDP ratios of most industrialised economies:

“For the G-20 as a whole, the general government balance is expected to deteriorate by 3½ percent of GDP, on average, in 2009. While the fiscal cost for some countries will be large in the short run, the alternative of providing no fiscal stimulus or financial sector support would be extremely costly in terms of the lost output.”

And on taxation, the evidence that low tax is a vital precursor to recovery simply doesn’t exist. OECD data makes clear that tax rates vary significantly between countries with similar growth rates, and in particular that countries the UK is currently seeking to emulate by creating an export-led recovery, such as Germany, have higher rates of corporation tax the UK (and that’s even before the government’s recent moves to reduce the rate).

This isn’t to say targeted tax breaks can’t help business, but unfortunately to date the government has cut investment allowances rather than creating more of them – and let us not forget what taxes are used for; among other public goods they fund the rail, road, security, health and education infrastructure that our future economic development will depend upon.

Both the IoD’s specific proposals and their claim that a quick fix growth strategy exists are wrong. The reality is that re-building the UK economy is going to be hard work. It will rest upon boosting productivity; raising skills (a task that the right to request training will doubtless help rather than hinder); investment in higher education and regional infrastructure; and strategic government support for the high-tech growth industries of the future.

But as Richard Lambert recently concluded, the government has thus far:

Let’s hope they don’t turn to the IoD for any answers.

22 Responses to “The IoD are wrong: there is no quick fix for the UK economy”