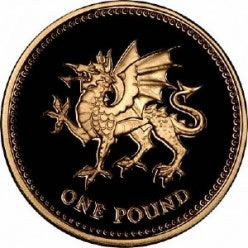 Plaid Cymru have dubbed as “significant” new research making clear that the Barnett Formula is underfunding Wales. In its annual Green Budget, cited last week as calling on the government to formulate a Plan B on the economy, the Institute for Fiscal says of the formula, used since the 1970s to calculate payments from London to the nations (pages 144 and 145):

“The Barnett formula was intended to be a temporary solution, in place until a formula that went beyond population weighting and paid more attention to the differing needs of the various parts of the UK could be designed and agreed.

“Despite the Conservative Party stating that it was committed to a review of the needs of the nations and the Liberal Democrat 2010 election manifesto pledging replacement of the Barnett formula, the UK government currently has no plans to reform this system.

The report will once again re-ignite debate ahead of May’s elections to the Assembly over a funding system which the Holtham Commission in 2009 concluded was under-funding Wales to the tune of £300 million a year. The IFS’s conclusions also shed light on what has been a u-turn on the part of both the Conservatives and Liberal Democrats.

Speaking last April at the launch of his party’s Welsh manifesto for the general election, David Cameron clearly argued in an interview with the Western Mail:

“We do think the Barnett formula is coming to the end of its life. But the assurance I would give to people is that if you replace the Barnett formula you have to replace it with a needs-based formula and there’s plenty of evidence to say Wales’ needs are very great.”

The Liberal Democrats also pledged on page 92 of their manifesto to:

“Replace the current Barnett formula for allocating funding to the Scottish, Welsh and Northern Irish governments with a new needs based formula, to be agreed by a Finance Commission of the Nations.”

However, just a matter of weeks after making these pledges, both parties put a screeching halt to any imminent moves to reform the system of funding, with the Coalition Agreement concluding (page 28):

“We recognise the concerns expressed by the Holtham Commission on the system of devolution funding. However, at this time, the priority must be to reduce the deficit and therefore any change to the system must await the stabilisation of the public finances.”

“To my knowledge, this is the first time the IFS Green Budget has made any reference to the funding formula. In the so-called age of austerity, it is a clear indication how the inequity of the Barnett Formula is becoming a significant issue across the British state.

“The IFS clearly states that Wales is losing out as a result of the way the Barnett Formula currently works. Plaid Cymru has held this position for several decades, and there is now unanimity among experts in the field that we have been correct.

“It is disappointing that the new Tory-Lib Dem UK Government has decided to sweep this issue under the carpet. Let the UK Government be in no doubt that replacing Barnett must be the first step before we consider other funding reforms.”

And even Lord Barnett himself, after whom the formula is named, has previously outlined his belief that the system has run its course.

If the Tory-led government is as committed to fairness as it argues, for Wales the litmus test will now be its efforts, or otherwise, to urgently address what is palpably an unfair funding system; with elections in May the issue will continue to dog both the Lib Dems and Conservatives as voters consider how fair the UK government has been to Wales.