IDS will drop plans to impose a 10% cut in housing benefit on anyone unemployed for more than a year. But the Welfare Reform bill includes other pernicious reforms. 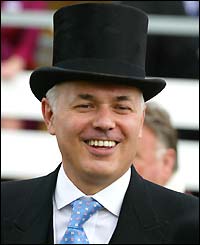 Iain Duncan Smith confirmed on the Today programme that the Government would drop plans to impose a 10 per cent cut in housing benefit on anyone unemployed for more than a year but denied that Nick Clegg was instrumental in the u-turn. But the Welfare Reform bill published today still includes a series of pernicious reforms to housing benefit.

Research by London Councils has estimated that the entire package will lead to 82,000 families being “at risk of losing their homes“. Some of this will be mitigated by today’s climbdown but the main problem is the reduction in Local Housing Allowance falling from the median of local rents to the 30th percentile.

Research by Declan Gaffney for Left Foot Forward and used by the Observer showed that:

“the change with the biggest numerical impact in the medium term will be the move in October 2010 from setting maximum entitlements at 50 per cent of the local housing market to 30 per cent, which will lead to losses of on average £39 a month for some 775,000 households nationally…

“It is clear that while households in London will see the most severe losses, the impact will be felt in all regions, with the north west having the highest numbers of households affected after London.”

A briefing from Shelter, the housing and homelessness charity, outlined that:

“We expect that many households will try to remain in their home and be forced to make financial sacrifices in order to do so. For those households already struggling to balance very tight budgets, a reduction in LHA will only push more of them over the edge, triggering a spiral of debt, eviction and homelessness. It will also force many households into overcrowded and sub-standard accommodation.”

Others have expressed concerns about switching indexation of Local Housing Allowance to the CPI inflation rate rather than to the cost of living. Shelter say:

“This is potentially very significant. Although rental costs are included in the CPI, the full impact of rent increases tends not to be reflected. This means the CPI may not increase at the same rate as average rents.

“To illustrate the point, over the period 1999 to 2007 the CPI increased by 15%, compared to a 44% increase in average rents. Had the LHA been set to increase in line with the CPI in 1999, it would be 20% below the level needed to rent the average property.”

The vast majority of housing benefit claimants are either pensioners, disabled people, those caring for a relative or hardworking people on low incomes, and only 1 in 8 people who receive housing benefit is unemployed.