Harriet Harman today stepped up the pressure on international development secretary Andrew Mitchell over the government's delay in implementing the Bribery Act. 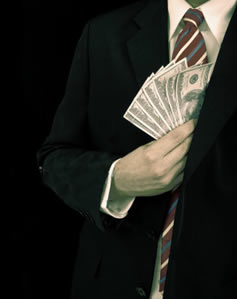 Harriet Harman today stepped up the pressure on international development secretary Andrew Mitchell over the government’s delay in implementing the Bribery Act. The Act was originally due to come into law last October, was then put back to this April, and this week it was announced by the Ministry of Justice that it would be put back even further.

In a letter to Mr Mitchell, she wrote:

“As we both know, where there is corruption, it has a devastating effect on developing countries and is a major obstacle to development, poverty alleviation and good governance.

“As you yourself underlined last year, this Act would have ‘put(s) beyond doubt the fact that bribery of foreign officials and office-holders by UK nationals constitutes corruption, and makes it punishable as such through the British courts’.

“Last October in a speech at the London School of Economics you set out your ‘100 per cent‘ support for the Act. Will you therefore reassure me that you will be raising this issue with the Secretary of State for Justice and with the Prime Minister to ensure that this legislation is brought in as soon as possible with clear timetable for its implementation?

The shadow international development secretary also stressed the need for the urgent implementation of the Act in a keynote speech on development at the LSE last night:

“We do not disagree with those who point out that corruption in trade or aid is a problem. It is a crime not just against those for whom the aid is destined but also against those who give the aid – UK taxpayers. That is why our aid programme places a great emphasis on transparency and accountability in aid.

“And why, when we can’t trust the capacity of the Government, we give money directly to those on the ground. And we help back up the police and criminal justice agencies in countries, like Nigeria, who are battling against fraud and corruption.

“And that is why we are disappointed and angry that the government has revealed this week that it is again delaying the implementation of the Bribery Act which we passed – with their support – when we were in Government and which was due to come into force in October last year.”

In her wide-ranging speech, she defended the principle of international development, quashed the myths of development sceptics, and warned that “no-one should take it for granted”, that it was a “foregone conclusion”, that the Conservatives would deliver on their pledge, made both in their 2010 general election manifesto and the coalition agreement, to match Labour’s 0.7 per cent GNP for development aid target.

“…though we, of course, remain committed to that pledge, it is controversial within the Tory Party and has been publicly criticised by Tory backbenchers. Indeed even before they got into Government and before the scale of their deficit reduction became clear, of the Tory candidates in their 220 most winnable seats showed that 96% thought the aid budget should not be protected, let alone increased.

“Seventy per cent of Tory party members surveyed described the rise in the aid budget as ‘the wrong decision’. That hostility is reinforced by campaigns and editorials in Tory-supporting newspapers. ‘No time for posturing on international development’ says the Daily Mail; the Tory aid pledge is ‘ill-conceived, gesture politics’ says the Sun.

“With the Tory Party commitment to the 0.7%/2013 pledge being fragile, with the opposition from within their own ranks so virulent, with growing public anger about the effect of the cuts on domestic priorities, alongside a significant public belief that ‘charity begins at home’, no-one should take it for granted that the Tories will inevitably deliver on their pledge.

“The fact that the two parties of the Coalition Government and the official opposition all agree on this target should not lull anyone into a false sense of security that its achievement is a foregone conclusion.”

Then, taking on each development sceptic claim in turn, she said:

“It is not the case that ‘aid doesn’t work’. Bill and Melinda Gates campaign ‘Living Proof’ and organisations like ONE have shown that aid helped African countries put 34 million children through school between 1999 and 2006 and helped halve malarial death rates in countries like Rwanda and Ethiopia.

“It is not the case that aid traps countries in dependency and prevents them establishing their own growth and financial independence. Historically, one of the countries where our aid has played a vital part in poverty reduction is India which has now moved from being a poor country to a ‘middle income’ economy. Far from fostering dependence, aid helps them develop their infrastructure and the institutions which are the building blocks for financial independence and it helps countries resolve conflicts which are an obstacle to prosperity.

“Nor is it the case that the problems that aid seeks to alleviate are never-ending. Aid has helped not just reduce the incidence of small pox but eradicate it completely. We need now to do the same with polio. Where aid helps countries move out of poverty it lessens and then ends their need for aid.

“Nor do we accept the argument that our focus is only the money that goes into the aid budget, paying no attention to what it achieves. We have always argued – as Clare Short did in 1999 that: ‘we need to turn the development efforts of the international community from an obsession with inputs and generalised rhetoric about poverty to a clear focus on outputs and year on year measurement of effectiveness in reducing poverty against our agreed targets in each and every country.'”

And on the unarguable moral case for helping the poorest people in the world, she insisted:

“Our strongest argument is surely that, as the 20th wealthiest country in the world, (out of 182) and the 6th biggest economy we cannot and should not stand by when elsewhere in the world people are starving and dying of preventable disease when we can stop that happening.

“For all the inequality that still exits in our country and for all that some people in this country still have to struggle – the life of those in poverty in the developing world is a world away – like the woman I met in India who proudly showed me the baby that she had just given birth to on an earth floor.

“As Clare Short, our first International Development Secretary said in the forward to her first White paper in 1997: ‘It is our duty to care about other people, in particular those less well off than ourselves. We all have a moral duty to reach out to the poor and needy.'”