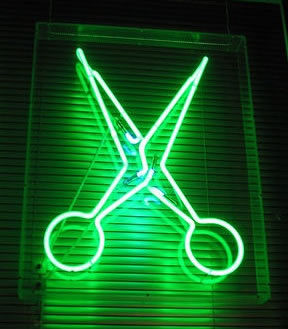 Quietly, almost imperceptibly, the ‘greenest Government ever’ is salami-slicing its green spending. Yesterday, it was reported that the Carbon Trust’s budget is to be cut by 40 per cent for the next financial year – taking £33 million out of an £82m budget and resulting in 35 job losses.

The cuts will directly impact on a string of clean technology projects supported until now by the Carbon Trust.

These include the Industrial Energy Efficiency Accelerator (IEEA) – a partnership with industry which has achieved carbon, energy and cost savings of, on average, 25-30%; and the Algae Biofuels Challenge – a public-private partnership working to develop sustainable biofuels from algae.

The Carbon Trust was set to commit £10m for research and development into algal biofuels over the next 5 years – with the aim of developing a fuel with 80% lower emissions than conventional transport fuels, and avoiding the deforestation resulting from first generation biofuels like palm oil.

This research is now jeopardised, unless the Carbon Trust can find private sector funding to make up the shortfall. A spokesperson for the Carbon Trust informed Left Foot Forward that “a number of applied research projects” are also under threat.

Meanwhile, at the end of January, the Energy Savings Trust (EST) saw its Department of Energy and Climate Change (DECC) funding quietly cut by 50%, amounting to some £31m of lost funds. The EST expects a third of its 300-strong staff to be made redundant.

Chris Huhne, the Secretary of State for Energy and Climate Change, stated during the Spending Review that he was

“…committed to taking 33 per cent out of administration costs and that includes the Carbon Trust, the Energy Saving Trust and the broader department.”

But it seems that both bodies have been forced to make even tougher savings.

This fresh set of cuts comes at the same time as the impartiality of the Committee on Climate Change appears to be threatened by its inclusion in the Public Bodies Bill; whilst Secretary of State for Business, Innovation and Skills Vince Cable, appearing recently before the Environmental Audit Committee, admitted that the proposed Green Investment Bank “will have to start on a modest scale”.

Commentator Chris Goodall, writing on Monday in The Guardian, appeared curiously sanguine about the impact of the latest cuts to the Carbon Trust. He wasn’t so relaxed when he wrote last July that DECC’s budget cuts of £85m – including £34m of cuts from clean energy projects – would “finish Britain’s clean energy race”. The new set of cuts from the Carbon Trust and Energy Savings Trust together amount to some £64m.

Others are far more worried. Adam Harvey, a chemical engineer at Newcastle University, whose biofuels project is affected by the Carbon Trust cuts, states:

“The cut is very much against the claim of David Cameron and the government that they would regenerate the UK’s economy via green technology – it’s the exact opposite in fact.”

And towards the end of last year, Tim Yeo, the Conservative MP who chairs the Energy and Climate Change Committee, strongly urged the government not to cut spending on clean technologies, stating it would be like “cutting the budget for Spitfires in 1939”.

One organisation is likely to be happy, however. The Taxpayers’ Alliance last year ran a campaign to abolish the Carbon Trust. They may not have achieved all they wanted – but their advice seems to have paid off, just as it did with their previous efforts to abolish the Sustainable Development Commission (due to close this April). The TPA have also previously fulminated against the Committee on Climate Change.

It is to be hoped the government has back-up plans to replace this lost funding, perhaps through the Green Investment Bank – although simply moving money around into different pots won’t grow the green economy. But for now its plans remain opaque, and it appears to be listening more to the likes of the Taxpayers’ Alliance than to its most sage advisers.

17 Responses to “Stealth cuts could threaten the green economy”