The outcome of the battle over the Green Bank will be a litmus test of whether the reality of investment in the new economy will match up to the rhetoric. 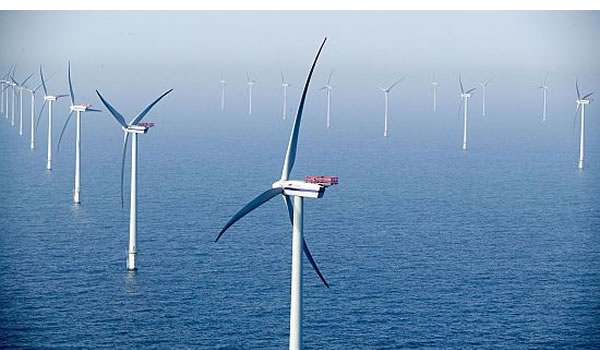 Energy Secretary Chris Huhne pledged that this government will make sure the UK develops the fastest growing renewable energy sector in Europe and creates hundreds of thousands of new jobs in the process. However, a study from Ernst and Young, released in the last couple of weeks, shows that confidence that the government will deliver the right framework for growth in the clean energy sector has fallen sharply following the Comprehensive Spending Review (CSR) and Mr Huhne’s new proposals for reform of the energy market.

Today, he announced another key clean energy scheme aimed at incentivising green power has been put under review, prompting protests from the clean energy industry who said it could lead to job losses, and from Friends of the Earth who warned it was just the latest bad signal to investors on clean energy.

“Furthermore, the survey also found that fewer people (51%) now believe that UK investment in clean energy and clean technology will increase in 2011 compared to 2010, a fall of 10% from the original survey.

“And just 7% expect there to be sufficient investment in 2011 to give the UK competitive advantage, compared to 17% in the earlier research.”

“A recent report by Ernst & Young found 97 per cent of 300 people in the UK’s renewable energy and green investment sectors – did not think a stable policy framework had been established to support clean technology.”

The research – which surveyed 529 UK-based corporates, financiers and clean tech companies over the past three weeks – found that just 13% of respondents believe the coalition will establish the conditions for success in the clean tech sector in 2011. This compares to a figure of 38% from a similar survey undertaken between August and October last year.

“The government has not yet established a clear and long-term policy framework for clean tech that will unlock the investment needed to establish infrastructure and create jobs in such an internationally competitive sector.”

In fact, not only has the government failed to so far deliver the right framework, they’re also sending the wrong signals to investors they say they want to invest in clean energy. For example, a new report for the government to underlie its proposed reforms to the energy market outlines a new government objective of achieving only 35% of electricity generation from renewable sources by 2030.

The message the government seems to be sending is that they plan to then put renewables growth on hold as the same documents say they only anticipate another 6% growth in the sector over the following ten years between 2020 and 2030. That doesn’t make sense, especially as between 2020 and 2030 there should be a big increase in demand for electricity due to the planned electrification of transport.

It would appear that these DECC figures aren’t based on technical analysis or cost projections for renewable energy – just officials sending a signal that they’ve heard the demands of a fossil fuel and nuclear industry that don’t want to end up being squeezed out of the energy market.

In another bad signal to clean energy investors, in an early statement to the House of Lords, the government’s spokesman on energy, Lord Marland, said of onshore wind:

“It is our determination that there should be no dramatic increase in this and that the emphasis should be offshore.”

But figures from DECC, exposed by a parliamentary question from Joan Walley MP to energy minister Charles Hendry on January 27th, show there’s been no increase in offshore wind either. In fact, no new offshore renewable projects have been consented for the past two years. Now, delays in consenting risk pushing offshore consortia up against the deadline of 2014 when the current two-renewable obligation credit commitment expires – which could make the projects become uneconomic.

“We are determined to foster a new model of economic growth, and a new economy – one built on enterprise and investment.”

Last week more than 50 corporations brought out a full page ad in the Guardian calling for David Cameron to intervene and establish a proper Green Investment Bank to use relatively small amounts of public money to incentivise much larger flows of private capital into these new industries, which could form bedrock of the new economy. Signatories to the ad included Jaguar, Pepsi, Microsoft, the TUC and Bank of America.

But as the FT reported, Chris Huhne has been battling regressive Treasury officials over the size and scope of the proposed new bank. Left Foot Forward understands that this may be decided once and for all later this week. The outcome of the battle over the Green Bank will be a litmus test of whether the reality of investment in the new economy will match up to the rhetoric.