The debate on immigration will only ever be a productive one if it is based on accurate evidence, writes ippr's Sarah Mulley. 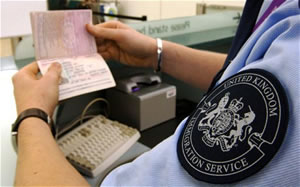 An eye-catching report from MigrationWatch, widely covered in the right wing press and critiqued yesterday on Left Foot Forward, has brought together a (selective) range of statistics to paint a damning picture of Labour’s record on immigration. Setting aside the accompanying political conspiracy theories, as set out by Andrew Green in the Daily Mail, it’s worth examining some of the statistics and claims in the MigrationWatch report.

While we can agree to disagree on interpretation and policy, the debate on immigration will only ever be a productive one if it is based on accurate evidence.

The MigrationWatch report does not contain new evidence, rather it brings together a range of previously-published statistics and past MigrationWatch analysis (much of which I have discussed on Left Foot Forward before), to support a bleak and one-sided analysis of immigration to the UK in recent years.

On the economy and employment, MigrationWatch continue to suggest that immigration has brought little economic benefit to the UK, and that the vast majority of jobs created during the economic boom were taken by migrants.

I’ve written here and elsewhere before about the question of migrants ‘taking’ jobs – in short: they don’t – and although MigrationWatch draw heavily on the 2008 report of the House of Lords Economic Affairs Committee to conclude that migration has brought little economic benefit to the UK, this is not a conclusion that most economists working in this field would agree with.

MigrationWatch accuse the Labour government of using the “lump of labour fallacy” to justify immigration to fill vacancies, as if there were a fixed number of jobs in the economy.

They are right to point out that both sides of this argument often get the economics wrong (MigrationWatch themselves are serial offenders in terms of the lump of labour fallacy – including, ironically, in the way they make this very argument), but wrong to conclude that because vacancies did not fall when immigration rose that immigrants weren’t needed to fill skills gaps and labour shortages – in fact, if immigration helped to drive economic growth, this is to be expected.

On public services (and schools in particular), MigrationWatch are quick to identify the costs of migration, but give no recognition to the contributions that migrants make through paying taxes (and staffing many of our key public services. I’ve written about this here before.

While it’s certainly true that rapid population changes driven by migration have put pressure on public services in some areas, the broader context is that the UK’s migrants are net contributors to the public purse.

On immigration policy, Migration Watch repeat their claim that Labour’s Points-Based System led to an increase in immigration. This is false – it rests on the claim that student migration rose substantially after the PBS was introduced. This is only true if student visitors – those who come to the UK for short periods of up to six months – are included in the statistics.

This group are not migrants, and 2007/08 changes to the way Home Office data was recorded means that comparisons between years including this group are deeply problematic. Once student visitors are excluded, Home Office data suggests that student migration has remained fairly stable in recent years. I’ve written about this before, and student migration statistics are explored in more detail in an ippr report published yesterday.

In fact, the current policy debate about student migration illustrates why all this nit-picking about statistics and data is important. Under pressure from MigrationWatch and others to drastically reduce net migration, the government have committed themselves to reducing the figure from ‘hundreds of thousands to tens of thousands’ a year.

This will mean drastic cuts to student immigration – cuts that cannot be achieved simply by clamping down on abuse, meaning that tends of thousands of genuine international students will need to be turned away. This will damage one of the UK’s most successful export sectors – education – and will cost the country billions.

Ironically, it will also have only a short-term effect on net migration, as the vast majority of foreign students leave the country after a few years anyway.

We need to have a sensible debate about immigration based on accurate statistics and data, and evidence which addresses the real concerns that the public have about the impacts of migration, as well as the benefits that the UK receives.

As long as the debate is instead conducted on the basis of incomplete and inaccurate claims, we run the risk of bad policy being the result – the government’s current proposals on student migration are a prime example of this.