A major cut in non-EU student visas is going to hurt universities but it’s going to hurt the UK economy even more, writes Stephen Henderson, a researcher at the UCL Cancer Institute. 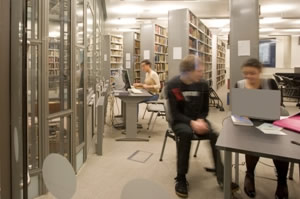 Here on Left Foot Forward we have been casting a critical eye over the coverage of the recent MigrationWatch report. The government response to such pressure over immigration has rather oddly included a promise to reduce the number of non-European Union students by introducing a cap on ‘tier-4 student visas’, not just so-called ‘bogus’ students who might over-stay but all of them.

Coming at a time of austerity, balance of payments problems and education cuts this seems perverse, as to be frank non-EU students are a golden goose for the UK. Forget all the blather about teaching the future leaders of the world to love Britain and check the money they spend; as laid out in a report from Greater London Authority Economics.

There are about 1.9 million EU and UK students in England and Wales, and about 225,000 non-EU students, or about 10 per cent of the total. However, at the present time – before the introduction of the new fee system – the non-EU students pay 40% of the fees.

The report estimates that a reduction of non-EU students of around 25% would mean a loss of £600m to UK universities and if this loss were to be absorbed by increased student fees (which seems to be the new policy- right?) that would cost all UK and EU students an extra £300 a year in fees.

Universities such as UCL (my own) could be hit harder as they have a higher proportion of non-EU students and many of them are studying more expensive postgraduate courses. For biomedical and science departments postgraduate courses are a luxury contributing a fraction of the budget but for arts and humanities departments with far lesser research funds they can be a major revenue source. And if a course is not economical without the non-EU students it maybe terminated thus reducing the opportunities for UK, EU, and non-EU alike.

And yet this is really only half the story. It’s already very difficult for a non-EU student to come here. If you want to study at UCL or another London university you need to be quite rich and have the full fees upfront plus hold more than £7,200 (£5,400 outside London) in a bank account for six months before you get a tier-4 visa.

Quite unlike the mythical tabloid immigrant, non-EU students are neither ‘taking our jobs’ nor are they ‘living off benefits’ – quite the reverse. Government (Home Office) estimates from a few years back say that non-EU students (in addition to the fees) bring about £8.5 billion pounds into the UK, spend it all and then leave! To put that in perspective it’s roughly the same as our quarterly balance of trade deficit.

This is a major period of disruption for UK universities with changes to fees, the withdrawal of the entire teaching grant for many subjects, uncertainty about future student numbers and subsidies for poorer students. A major cut in non-EU student visas is going to hurt universities but it’s going to hurt the UK economy even more. Crazy.

23 Responses to “The crazy economics of reducing foreign student visas”