The government’s plans to reform employment tribunals are the latest in a series of proposals aimed at eroding workers’ rights, writes Ruwan Subasinghe. 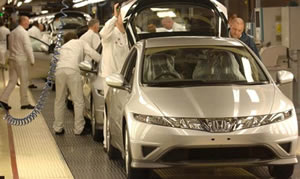 The government’s plans to reform employment tribunals are the latest in a series of proposals aimed at eroding workers’ rights. Together with its bid to withdraw all legal aid funding for employment cases (with the exception of discrimination claims), the proposals to introduce fees to bring tribunal claims and increase the qualifying period for unfair dismissal have raised serious questions about the government’s vision for industrial relations.

What is even more worrying is that universal access to justice, a hallmark of any democratic society, no longer appears to be high on the government’s agenda.

David Cameron suggested these measures were designed to give businesses more confidence to take on workers and support growth; Vince Cable went further by saying the current system was a major impediment to small businesses hiring people. It is not the rhetoric, however, that is disconcerting, but the fundamental analytical flaws behind these proposals.

Even a cursory look at the Employment Tribunal Service statistics for 2010 show the majority of claims were not in relation to unfair dismissal. Of the 392,800 jurisdictional claims brought in 2009/10, just under a quarter (95,200) were Working Time Directive cases.

The next highest were unauthorised deductions from wages claims at 75,500, with unfair dismissal claims coming in only third at 57,400, up 9 per cent on the year. In the context of a recession, this can be considered a very modest increase.

According to the government, it costs an employer about £4,000 on average to defend a tribunal claim – something it sees as a clear example of employment law acting as a barrier to growth. While one can only feel for small employers having to deal with serial and insincere litigants, TUC general secretary Brendan Barber is correct in saying that employers would not find themselves taken to court if they treated their employees fairly in the first place.

It cannot also be forgotten that there is no parity of arms in employment disputes. The government seems to disregard the fact that employers can write off their legal costs and compensation against tax. This is quite the opposite for claimants who receive no legal aid or tax relief.

The government can also be accused of refusing to give due deference to the Employment Tribunal Rules and the jurisdiction of tribunal judges. Under the ET rules, an employment judge or tribunal can strike out or amend any claim on the grounds that it is scandalous or vexatious or it has no reasonable prospects of success. Surely if a tribunal deems there to be legal grounds for a claim to receive a hearing, they should be the ones entrusted with discouraging vexatious claims?

Instead of introducing claim fees as a deterrent, the government should be beefing up guidance on the subject for employment judges. It should also be more proactively using its powers to obtain orders declaring individuals to be vexatious litigants thereby barring them from bringing further proceedings.

Instead of impeding public access to justice, the prime minister should be concerned with the dangerous litigious culture that is afflicting today’s society. People often forget that employment tribunals were set up as informal courts where self-representation was supposed to be the norm.

However, now that lawyers are almost always involved, the problem has been confounded by cheap litigation insurance (usually found in home insurance packages) and conditional fee agreements, more commonly known as ‘no-win no-fee’ arrangements. Ironically, the scrapping of legal aid for employment cases will only exacerbate the influence of shrewd solicitors and insurance companies.

It appears the legal realists advising the coalition are losing all sense of natural justice and procedural fairness; yet another reason to attend the TUC demonstration on March 26th.