The lack of concrete proposals for change or a credible alternative vision suggests multiculturalism is a convenient whipping boy rather than the real problem. 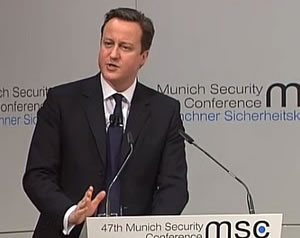 Dr Rob Berkeley is the director of The Runnymede Trust (@RunnymedeTrust)

So we’re back to what is becoming an old chestnut; as the latest senior politician condemns multiculturalism. On Saturday, David Cameron took his place, behind Tony Blair, Jack Straw and Trevor Phillips, arguing that “state multiculturalism” has encouraged “different cultures to live separate lives” with a particular Cameron twist – that the UK needs a stronger national identity to prevent people turning to extremism.

Surely, such a panoply of senior politicians should have been able to organise the end of so-called state multiculturalism by now – unless of course it never existed in the first place, they do not really mean it, or the alternatives are simply too unattractive to countenance.

A key problem in debates around multiculturalism is that the term means different things to different people. Some believe that multiculturalism actively promotes separate religious and ethnic identities at the expense of common values, whilst others believe it simply means the existence and recognition of different identities in a shared political space within a framework of human rights. Runnymede’s understanding of the term has always been the latter.

This is why the insistence that multiculturalism is the root of all evil has always been confusing to us. On an everyday level, the people of these islands generally accept that different identities exist and for most, thankfully, this is trivial – what people choose to eat, what music they listen to, how they choose to dress, are not generally seen as controversial in this country.

The notion of a shared political space and the protection of individuals’ human rights however seem to be more problematic – and the inability to deal with these issues may explain why this debate so often generates more heat than light.

Support for multiculturalism does not mean support for segregation or a rejection of shared values.

We have regularly argued against policies which segregate groups – for example our research on faith schools argued that selection on the basis of faith should be ended, and criticized them for teaching a “single vision” rather than a “shared one”. Our work on employment has highlighted the dangers of workplace segregation. Our interventions with universities have noted the problems of ethnic segregation among students.

For us, it has been a long-held view that the way to build respect between different groups is through meaningful contact – in the school, workplace or university. The reason for building this respect is to help citizens recognise that we share a political space and as such our decisions should take into account the different ways of life in our society.

Everyone needs to know from what basis this respect derives and the recognition of human rights provides a set of minimum safeguards.

Mr Cameron may find that policies that:

• Remove the poor from housing in affluent areas;

• Create constituencies that disenfranchise the third of black and Asian people not on the electoral register;

• Increase youth unemployment (which is already double that of white communities for Pakistani youth); or

• Increase tension between black and Asian young people and the police.

…do not help in creating meaningful or positive contact between people from different backgrounds. Similarly, a patchy commitment to human rights, whether votes for prisoners, detention of children and the suggestion last week from Policy Exchange that we withdraw from the European Convention, cannot help in establishing what core values we expect from each other and our relationship with the state.

So instead of dealing with the difficult issues, we get more posturing from our politicians about separate lives. Yet evidence has repeatedly shown that ethnic residential segregation is a result of white flight and fear of discrimination rather than self-segregation (in any case why is there a problem with a positive choice to live with people you identify with – maybe ask the LGB and T communities of Brighton).

More about ‘national identity’ – when repeated polling has shown that more Muslims than Christians identify with British identity.

In Mr Cameron’s specific twist, the yoking of multiculturalism to extremism, we get avoidance and distraction rather than a seriousness in dealing with the thorny issue of how to combat violent extremism and anti-democratic movements in a democratic state. We would argue that true multiculturalism acts as a bulwark against further extremism.

Islamist extremists are just as much against multiculturalism as the far-right – they believe that the only way of living should be an Islamic one, and they reject other faiths and cultures. Instead, multiculturalism as we understand it offers a pragmatic democratic challenge – you can have a Caliphate/secular state/ban on all animal experimentation/no more immigration/etc if you can persuade enough people to vote for it and ensure individuals’ human rights.

Our political space, commitment to human rights, and belief in freedom is robust enough to deal with the challenge – a muscular multiculturalism should be robust enough to respond to Mr Cameron’s muscular liberalism.

Beyond the rhetorical attack, Mr Cameron and others in his tradition have failed to offer any credible alternative to multiculturalism. He speaks of the importance of a “collective identity” of common British values, but does not outline how these values will be determined, and who will decide what these values are. Surely, any collective identity needs to be determined by all British people, whatever their ethnicity or religion.

Sounds a lot like multiculturalism to me; unless the identity and values he refers to extend their reach to not only what you say and do, but what you believe. Unless of course, he means that any expression of identity that does not conform to the majority view is to be discouraged. I do not think that this was his intention, which can only lead me to think that he did not mean what he said.

These are tough times for our government – we have now had several days of the political agenda being focused on the speed and depth of spending cuts, the tensions in the coalition, the troubled NHS reforms or the unraveling of the Big Society. Mr Cameron’s speech was made on the same day of what was billed as England’s biggest anti-Islam march. Whilst Downing Street have argued that the speech has been in the diary “for months” it was unacceptable that there was no direct condemnation of the EDL in the speech given events simultaneously taking place in Luton.

Could “dog-whistle” politics explain this particular foray into this area? The lack of concrete proposals for change, or a credible alternative vision than the status quo, suggests that multiculturalism is a convenient whipping boy rather than the real problem.