The coalition government's transport policy encourages councils to pour millions into projects which stand little chance of ever being built. 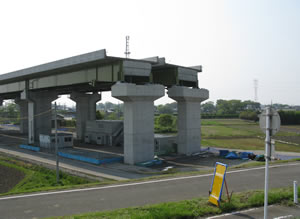 Last week at Prime Minister’s Questions, David Cameron reiterated what has become the phrase most associated with the coalition: that we “can’t afford” not to cut public spending. Their transport policy, however, encourages councils to pour millions into projects which stand little chance of ever being built.

This morning, transport secretary Philip Hammond announced that 23 schemes would be added to the list of transport projects which can bid for central Government funding. This brings the total to 45, each competing for a slice of £630 million. The final decision won’t be announced until December, but it doesn’t take a transport supremo to realise that not everyone will go home happy.

Yet instead of being honest, Ministers are wilfully encouraging councils to spend even more money developing their projects. There’s only £14 million per scheme, but Ministers claim the total cost of all these projects is just 50 per cent higher than there’s money available.

This is nonsense: the Kingskerswell Bypass and the Bexhill-Hastings Link Road are expected to cost around £100 million; the Lincoln Eastern Bypass and the Norwich Northern Distributor Road each cost the better part of £130 million.

It’s true that not all of this money will come from central government. All 45 councils have already had to agree to contribute additional millions – or tens of millions – towards their scheme’s capital costs. Devon, consulting on cuts of £55 million, has upped its contribution to £33 million; East Sussex has £15 million set aside, and will have to find even more to persuade the Departmen for Transport to give their road the go-ahead.

It is not just capital costs, though – keeping a scheme alive is a major drain on revenue funding. Councils aren’t just writing a letter asking for money, but completely redesigning projects. They have to commission new traffic models, consultants’ reports, economic appraisals… enough paperwork to fill a stationers several times over. This all costs money, which they’re obliged to spend, having spent so much already. In a very real sense, these projects have become too big to fail.

This is piling even more costs on councils, already struggling to cope with unprecedented budget cuts. Worse, it’s all happening behind closed doors. Local people aren’t being given a chance to work out just how much their council plans to spend, let alone to comment. We know, for instance, that Norfolk has managed to find £2 million to develop a road around Norwich whilst making 1,200 people redundant, because outraged Green Party councillors released details to the press.

Details for other councils are more patchy, although they’ll have to find a similar amount. Most, like East Sussex, which has already spent £15 million developing the Bexhill-Hastings Link Road, are keeping their plans a secret. Others had laid some money aside, but will have to dig deeper. North Yorkshire had set aside a quarter of million for the Bedale Bypass, but hadn’t accounted for DfT demands for detailed plans to support their revised funding bids. (Page 9)

All of this should have been completely avoidable. Ministers in other departments have gone to great lengths to explain just how little they plan to fund, squaring up to criticism as they slash spending on schools, welfare and the NHS.

But Mr Hammond and his colleagues seem unwilling to tell local authorities the bad news, preferring to string them along for another year of uncertainty. Unfortunately, it’s not Ministers, but local taxpayers, who’ll pay the consequences.