Britain is being left behind. With growth projections down, unemployment up, and consumer confidence down, the UK economy contrasts sharply with news around the world. 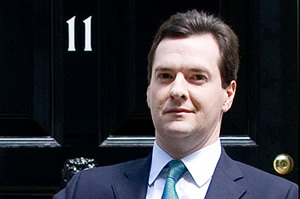 Britain is being left behind by the G7. With growth projections down, unemployment up, and consumer confidence down, the economic outlook in the UK contrasted sharply this week with economic news from its major competitors.

On Wednesday, Britain was hit by a triple whammy of new economic data. Mervyn King downgraded the Bank of England’s growth figures, saying “the projection for four-quarter growth is weaker than in November for much of 2011”, while unemployment rose to 1.46 million. Consumer confidence fell to just six points above its all-time low of 41 points.

Britain’s predicament is even gloomier when compared with other G7 countries. In the US, the Washington Post reported that:

“Federal Reserve policymakers expect the U.S. economy to grow as much as 3.9 percent this year, slightly higher than earlier projections, according to minutes of the central bank’s latest policy meeting…

And despite contracting in Q4 Japan enjoyed a boost this week with Bloomberg outlining that:

“Japan’s central bank upgraded its assessment of the world’s No. 3 economy for the first time in nine months amid an upturn in exports and production. It left interest rates unchanged as expected…

“The pace of Japan’s export growth started picking up in late last year with exports in December rising 13 percent year-on-year following a nine percent increase in the previous month.”

Canada has reported its strongest growth rate in nine months while earlier this week Eurostat showed that France grew by 0.3% in the final quarter of 2010 and Germany was growing at 0.4%. Although lower than expected it contrasted sharply with the UK.

With the Budget under five weeks away, all eyes will be on the Chancellor to see whether he is forced to downgrade his own growth projections and choose a different course.