There is much talk of a ‘new’ antisemitism, although ‘contemporary’ would be more accurate; beneath the surface, the ‘old’ antisemitism is still there - and growing. 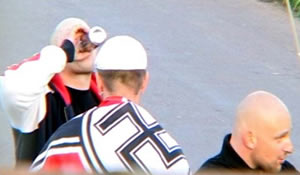 By Mark Gardner of the Community Security Trust, a Jewish community charity dealing with antisemitism and security issues, working closely with all sections of British Jewry, police, and politicians

Reporting rates are, of course, an important variable in all this. Racist incidents of all types are notoriously under-reported; and CST has received valuable support from police, and both the current and previous governments in order to encourage victims to come forward. Nevertheless, even taking this into account it seems clear that the situation is worsening, and similar trends have been reported by many other Jewish communities around the world.

Detailed analysis of the antisemitic incidents reported to CST during 2010 showed that the most common type of antisemitic incident was random verbal abuse on the street, directed at people who are visibly Jewish. The most common type of perpetrator was a white adult male, and the racism was twice as likely to mention the Holocaust (invoked in 158 of the incidents) than the Middle East (75 incidents).

At root, this is basic, street-level antisemitism, coming from racists (of all backgrounds) who would just as readily attack other minorities too. The analysis should not be over-simplified, and CST’s report details differences between what we might call the political and the thuggish, but it seems increasingly clear that anti-Jewish racists will take whatever is around them and use it as a form of abuse.

So, if Israel is in the news, as it was during the Gaza conflict and on many other occasions in recent years, then that is what the perpetrators (regardless of their ethnic or religious origin) will utilise – and if Israel is out of the news, then they will fall back upon Hitler, the Holocaust, Jews as Christ killers, or whatever else it is that excites their hateful imagination.

This shows that the fundamental issue is not about how Jews behave – whether in Israel today, or in Poland 70 years ago – rather, it is about racists and antisemites, much as it has always been.

Additionally, each year CST sees cases involving people who staunchly deny being racist, but get so carried away by their hatred of Israel that they lose control and attack Jews, revealing deep prejudices which they probably never knew they had. Their contrition after being caught by police is welcome and is likely sincere, but is of limited help to their victims. Naturally, when Israel is in the news, this kind of incident becomes more common; and the number of apparently Muslim perpetrators increases.

In a year such as 2010, when Israel did not dominate the headlines, the layer of Israel-related antisemitism is reduced, revealing the bedrock of unadulterated antisemitism that persists year in, year out. This then provides the starting point for even worse incident levels should a significant “trigger event” occur, such as the Gaza conflict in 2009.

There is much talk of a ‘new’ antisemitism, although ‘contemporary’ would be more accurate. This is real and important, but risks distracting us from the fact that, beneath the surface, the ‘old’ antisemitism is still there – and growing.

28 Responses to “Beneath the surface, the ‘old’ antisemitism is still there – and growing”