The Tory-led government is planning a major reduction in the scope and availability of Legal Aid, writes shadow justice minister Andy Slaughter MP. 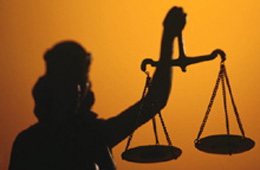 The Tory-led government is planning a major reduction in the scope and availability of Legal Aid. One aspect of their planned cuts is to end provision of legal aid for welfare benefit problems, removing funding for the whole legal process, from initial advice services to court counsel.

These cases usually involve appealing against unfair decision making by the Department for Work and Pensions, local councils and other bodies. If these cases cannot be settled outside court, they are heard at First Tier Tribunals. In their Green Paper, the Government defends these cuts by arguing that representing yourself (pdf, see 4.217-4.219) in First Tier Tribunals is simple.

As a former legal practitioner myself, I find this extremely worrying, and over the last few months I have submitted a series of written Parliamentary questions to find the quantitative basis for the government’s claims.

The information I received in answer to these questions reveals  a huge difference between success rates at the First Tier Tribunals for those with and without representation. We have calculated that – had the proposed cuts been in place – 51,223 cases that were successful last year would not have been, due to the lack of representation.

Behind these statistics, each failed appeal represents an individual or family that is likely to be in a position of severe financial stress. Some will be at risk of losing their homes, others will be left housebound and helpless; all will be at risk of accumulating further health, financial, family and civil legal problems.

However, the argument in defence of legal aid is not limited to one of compassion. There is also a powerful economic case.

The net cost to the public purse of this constriction of the justice system will be far more than the cost of providing Legal Aid in the first place. Citizens Advice has calculated the yield (pdf) for every pound spent on Legal Aid and affiliated advisory services. Legal aid expenditure on benefits advice saves the state more money than any other area of civil advice; for every pound spent, the state potentially saves £8.80.

It is nonsensical, both in terms of maintaining equal access to justice and in basic economics, to cut these long established public services.

This is the truth about cuts to welfare Legal Aid. People who rely on legal services would win meritorious cases if they were given the right legal advice. If these proposals are promulgated, people that struggle with the complex process of preparing grounds for appeal, whether because of language issues, special educational needs, mental health problems, or simply because our civil law system is fraught with complicated traditions and terminology, will lose their cases.

The planned cuts will end the average person’s ability to hold the state to account in cases of poor decision-making and will end up costing the state more than it currently spends providing Legal Aid to our country’s most vulnerable.

39 Responses to “On Legal Aid, the government’s sums don’t add up”