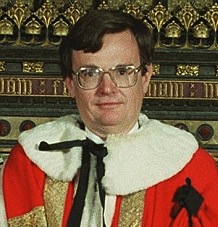 “This is a real moment of truth for the coalition on fairness. We can’t have a bonus bonanza in the age of austerity.”

“on how many occasions have the PM and chancellor met with you personally, looked you in the eye, and asked you to show restraint on the size of your bonus.”

The surprising answer by Mr Diamond: “They have not”. Despite the Conservative party’s tough rhetoric on bankers’ bonuses the reality is hardly surprising. As Next Left reminds us, two years ago David Cameron told a group of bankers including Bob Diamond that the City was in his blood:

But Lord Oakeshott, a close ally of Vince Cable, insisted that a conversation had taken place in recent weeks between Vince Cable and Bob Diamond which “can only be described as an arid discussion … there was very little meeting of minds”. The Daily Express’ Chief Political Commentator Patrick O’Flynn was quick to spot the political significance of the exchange by tweeting:

“Oakeshott on Newsnight dynamite on bankers, will be consequences tomorrow. So outspoken with hints of Cable briefing … now Cable must back it up with action or look like a total tool.”

17 Responses to “Top Lib Dem: Bankers’ bonuses are “moment of truth for coalition””