Ahead of discussions about progressive renewal at tomorrow's Fabian conference, Daniel Elton on the lessons for the Left from Conservatives after their defeat. 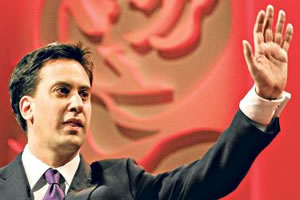 Daniel Elton was research lead in the Latimer Project, an activist led initiative to provide a road map back to power for progressive politics; ahead of discussions about progressive renewal at tomorrow’s Fabian Society New Year Conference conference, he explains how progressives can learn from the methods of the Conservative movement after their 1997 election defeat

We were often told that Labour needed to renew itself while in power, otherwise it would face the task of rebuilding in opposition. And here, indeed, we are. Dauntingly, one only has to look at what the Conservative movement did over the last 13 years to realise the scale of the work Labour now faces.

Countryside Alliance. Taxpayers’ Alliance. Centre for Social Justice (CSJ). Policy Exchange. MigrationWatch. None of these organisations existed when the Tories were last booted out of office, and yet British politics would be irrecognisable today without them.

Could the Conservatives have managed to outflank Labour on compassion without the CSJ? Beat the drum on immigration without MigrationWatch? Rallied the faithful without the Countryside Alliance? Part of Gordon Brown’s genius was to equate Tory promises on tax cuts with cuts in investment. Taxpayers’ Alliance has repeated the trick by making talk of public spending synonymous with public waste.

There are a multitude of lessons to learn from the Conservatives’ rebuild in opposition but here are just three:

1) Use your tools to fix their car

This was Clinton advisor Dick Morris’s definition of triangulation. Too often triangulation in the UK was interpreted to mean:

“Steal their car and drive faster than they ever would.”

“Use their tools to hit your own family really hard.”

However, there is a more sophisticated approach to triangulation – where you advocate your traditional policies in a way that appears acceptable to those outside your own tribe. Those twin pillars of compassionate conservatism, ResPublica and the Centre for Social Justice, are prime examples. Both have built upon the Thatcherite thesis of welfare dependency to criticise the benefits system. Except this time, it is not just beneficiaries who are dependent on welfare but all taxpayers, who have outsourced their compassion to the clunking state.

If we could remove the stupefying government, then the population would exercise their compassion muscles again and poverty could be abolished. Their analysis, by their own words, is motivated by concern for those on low incomes. And yet it often leads to the same Thatcherite policy prescriptions of a shrinking state and the separation of deserving and underserving poor.

How might the Left use a similar strategy? One example could be to build on the previous government’s work as pitching economic interventions as family-friendly policies. Increased statutory maternity and paternity leave, returning Sure Start on its path to a universal service and a living wage could all be pitched as protecting family values such as quality time for parents and children. This, of course, would apply to all families, which would create tension between the modern and traditionalist wings of the Conservative party.

In the 1980s the Conservatives’ marketing guru, Maurice Saatchi, framed the choice that the British people faced on election day as that of between the ‘cruel but efficient Tories’ and Labour as ‘kind but inefficient’. It could be argued that by 1997 Tony Blair had managed to neutralise Labour’s negative (his party was seen as efficient), but that the Tories had not coped with theirs’ (seen as crueller than ever). In fact, after Black Wednesday, they even lost the efficient tag.

Figures like Michael Portillo and Daniel Finkelstein, as well as Policy Exchange, Centre for Social Justice and other think tanks have struggled to ‘do a Blair’ and neutralise the Conservatives’ weak point of cruelty, which culminated in David Cameron’s ‘hug-a-huskie’ strategy.

The parallel process for the Left is to reclaim the efficiency tag. This means opposing the cuts not just out of the pain each measure causes but because of the macroeconomic effect of taking demand out of the economy. The argument has heavyweight international figures like Joseph Stiglitz and Paul Krugman behind it, and has far more intellectual weight than that of the ‘deficit fetishists’.

If Labour attempts to claim economic efficiency back by accepting the coalition’s rules of the game and its overall strategy, it will split its own base. If it only makes the moral case against cuts, it will appear irrelevant and wilfully ignorant. Only a robust argument against cuts, supported by the evidence on the ground, will win the day. Even if Labour fights the Coalition to a score-draw on the issue, it is still left in a stronger position than if it advocated either of the other two tactics.

One of the reasons the coalition has found it relatively easy to launch full-scale assaults on the state health and education systems is that they can claim the proposals are a continuation of Blairite reforms. Labour people may quibble, but the level of complexity involved means that to most Westminster generalist commentators, never mind the public at large, a reform is a reform is a reform. The Cameroonian manoeuvre of embracing Academy schools for example, was incredibly divisive in Labour ranks, and has stunted the impact of the opposition’s current criticisms.

Labour must now make the Conservatives pay for their own triangulation by adopting this tactic. The unfairness of the cuts should not be demonstrated in isolation, but held up against Mr Cameron’s own words. On civil liberties, such as detention without trial and incarceration of children of asylum seekers, Labour should push the Coalition harder and faster than it feels comfortable to do so, thereby creating divisions.

These are just three of the strategies that the Conservatives used in their road back to power. Labour would do well to survey their years in opposition, particularly those where the Tories were led by Mr Cameron to glean some more.