The overwhelming consensus among panellists and delegates at today's Netroots conference is that the Left is winning many of the debates about spending cuts. 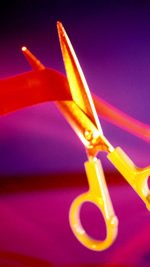 Following Sunder Katwala’s article for Left Foot Forward this morning on public perceptions of the fairness of the Tory-led government’s spending cuts, the overwhelming consensus among panellists and delegates at the first session of today’s Netroots conference is that the Left is winning many of the debates about the cuts, is backed up by the evidence and has widespread support.

Stanley spoke about perceptions of the Tories, their lack of mandate and electoral legitimacy, continuing the theme about fairness, which Katwala also expanded on. He said:

“Thirty five per cent are happy and won’t be affected, with 30 per cent strongly against – the bit in the middle is key – and they can be won over. Look at the debate over the school building cuts, and look at the reaction to the IFS description of the Budget as ‘regressive’ – the coalition stopped saying the ifs was wrong, but the Budget was just part of a bigger picture.

“We have been successful in stopping some of the cuts, to school milk, to Bookstart, to school sport – we’ve forced them to run away quite often. Tory MPs had found it difficult to defend many of these policies.

“We’ve started the argument that alternatives are possible. During the election, economists at Harvard would probable have agreed with Gordon Brown – but it was much harder to convince the public. The parties in government are primarily of the south of England, London and the Midlands, with their cuts will impacting on the north and scotland.

Singer, meanwhile, spoke about the two types of online activity – communicating and organising – and the success of UKUncut, social networks, Twitter, and Facebook. The UKUncut campaign, he said, disspelled the myth that the less you ask of people, the more they do. Even the Daily Mail (Richard Littlejohn aside) appeared to have been won round, he added, citing their news stories on the treatment of disabled protester Jody MacIntyre and an article criticising the possible use of water cannon – which can blind people.

“The movement is widespread, and involves lots of groups of people, but it’s not easy. People don’t see David Cameron as the ideological extremist he is, they appear to have been conned by painted warm pictures of the ‘big society’ and the images of him with the huskies. People listen so much less to facts, graphs and detail – sometimes oft-repeated lies come across as truth.

“And where do they get their news from? An 80 per cent Tory press; the government is relying on fewer people reading serious papers and watching programmes like newsnight…

“Thes cuts are about to be made horribly real. Ordinary families will be hit across the board. They will notice them, life will change, nothing feels secure – least of all jobs. The poorest children appear almost systematically and deliberately to have been targeted. It starts from birth…

“Time and time again these cuts are hitting the poorest families over and over again. I never thought they’d be quite as brutal, or quite as savage. What sense does it make to create a social deficit of incalculable cost, it will be a very, very expensive legacy; social repair is very difficult, and takes a very long time compared to paying back money. The coalition’s crocodile tears over the lack of social mobility have left me dumbfounded.

“The coalition against them needs to be broad, we need to bring in Tories as well as Lib Dems, we can’t win this war just by preaching to the converted.”

Among the questions asked, and points to think about are that, with 28 million people in work at the moment, most of whom not in a union, not in the public sector, and work in small and medium sized enterprises, how does the Left communicate with those who don’t vote and don’t work in the public sector; and, the other side of that coin, how to engage people who always vote Labour, for example in areas like Liverpool.