On 3 February, the House of Commons will vote on whether to support the introduction of a series of caps on the amount that payday and home credit lenders can charge for credit. The vote comes at a time when the UK has accumulated one of the highest levels of personal debt in the world. In April last year, British people owed over £1,460bn in private debt. 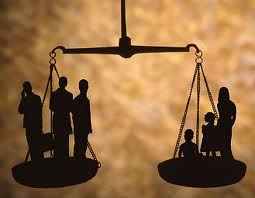 Damon Gibbons is the chief executive of the Centre for Responsible Credit; here he writes in support of the a backbench motion in the House of Commons to introduce more thorough legislation of payday and home credit lending

On February 3rd, the House of Commons will vote on whether to support the introduction of a series of caps on the amount that payday and home credit lenders can charge for credit. The vote comes at a time when the UK has accumulated one of the highest levels of personal debt in the world.

In April last year, British people owed more than £1,460 billion in private debt. Borrowing money is sometimes essential, whether to enable a person to pay for training courses, start a business or buy a house. However, there is a point at which borrowing can become unmanageable for individuals, especially if the terms of any loan are high cost or if the interest rates charged start to rise.

Four in ten people are worried about their current level of debt, with three million fearing redundancy and two million having taken on more debt in recent months. According to the Association of Business Recovery Professionals, one in ten people frequently struggle to make it to payday, with money tending to run out on the 20th day of the month.

Since the start of the recession, mainstream lenders such as high-street banks have been much less willing to lend money. More people must turn to unsecured lending such as payday, doorstep and hire purchase lenders; furthermore, rising unemployment, housing costs and VAT prices could leave many families struggling to make ends meet.

This market is now used by around three million people in Britain. In 2009, the payday lending industry was worth over £1.2bn, more than three-and-a-half times larger than in 2006, a Consumer Focus report has shown.

One in ten UK payday customers have incomes of less than £11,100 per year according to research carried out for the Friends Provident Foundation. One in eight people who contacted the Consumer Credit Counselling Service charity during the first half of 2010 for help with their unsecured debts were claiming Jobseeker’s Allowance, and 11% of lone parent households use “non-mainstream” (i.e. payday, home credit or pawnbroking) loans, compared to 3% of households overall, a December 2010 YouGov poll revealed.

Because six lenders account for 90% of home credit, there is little competition to drive interest rates down. Given this lack of competition, interest rates are artificially high. The APR for payday lenders often begins at 600% and can escalate to 2,500% or more. And home credit lenders, who make home visits in order to collect repayments for their short-term loans, can charge £82 in interest and collection charges for every £100 lent.

Backbench MPs have tabled the Consumer Credit Regulation and Advice Bill which includes measures to tackle the uncompetitive nature of this market and increase access to affordable credit for the poorest consumers. It has not yet received government support. However, on February 3rd parliamentarians have a key opportunity to impress upon ministers the need for action.

They will vote on the introduction of caps on the amount that can be charged for supplying credit by a regulator in areas of the market which are uncompetitive or where there is evidence of irresponsible lending. The caps, which would be set at different levels for different types of loan, would ensure that payday and home credit lenders would no longer be able to take advantage of the lack of competition in the market and the vulnerability of their customers.

Crucially, this measure is not the same thing as capping interest rates or APR. It allows for multiple caps to be set depending on the different types of products and the nature of the market for them which can be reviewed on a regular basis as the market responds to this intervention.

This is preferable to APR as this can be distorted by the length of time a loan is taken out as a way of measuring the actual cost of a loan. Using the total cost of credit provided rather than APR means the regulator can set different caps for short-term loans and longer-term loans and take account of where there is evidence of any irresponsible activity by lenders in determining what caps to set for each product.

Secondly, because it is calculated on the total cost of credit rather than the interest rate charged alone, it takes into account any additional default, late payment or administrative charges that the lender may seek to include as part of the credit deal to compensate for the impact of the cap on the rates they charge. This would help avoid surprises for the consumer being hidden in the small print of any loan agreement.

Capping the total costs of credit is not an idea plucked out of thin air. Evidence from around the world demonstrates that it is perfectly possible to regulate the payday and home credit markets without adverse effects – all it takes is political will.

While extending access to alternative sources of affordable credit is important, this will take many years to do across the UK.

99 Responses to “Payday lenders: the need for urgent action”