Opposition is growing to the NHS "patchwork-privatisation" plans being proposed by the Tory-led government. 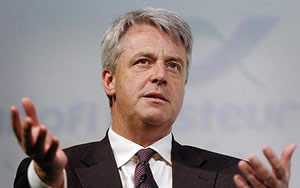 The NHS faces a critical year, as the Lansley reforms, now dubbed the “patchwork privatisation” of the NHS, are put before Parliament – the longest ever legislation in NHS history. It is a game-changer: “The state will be withdrawing from the day-to-day management of healthcare,” describes NHS Confederation chief Nigel Edwards, with power and accountability operating in a new regulatory environment. The NHS is to become “like a regulated industry” like telecoms, water and energy, with loosely connected organisations operating in a market.

Against this background, a range of opposition is becoming more strident. More than 100 doctors, including 20 professors, have signed an open letter in the British Medical Journal this week, criticising the leadership of the British Medical Association, the doctors’ union:

“Now is the time to mobilise the profession and stop these damaging reforms, which will not only destroy the NHS but also profoundly affect the social fabric of our nation.”

Ex-GP and Tory MP Sarah Wollaston addressed the growing concern that the reforms will create this patchwork privatisation. Writing in The Guardian she said:

“If Lansley wants to reassure the public that his reforms will not lead to NHS privatisation, he should make it clear that GP commissioners will be liberated to choose NHS providers where they offer the best quality and comprehensive service without fear of legal challenge from private cherry-pickers.”

The chair the Royal College of GPs, Clare Gerada, who recently described the reforms as “the end of the NHS as we currently know it”, turned her fire on new plans from supermarket giant Sainsbury’s to offer free premises at up to 204 of its stores to encourage GPs to set up branch surgeries:

“Supermarkets should stick to selling fruit and vegetables. GPs would be sanctioned for selling tobacco products, alcohol and high calorie foods or advertising and selling products of limited medical value within their surgeries. Yet, supermarkets can do all of these alongside providing pharmacy and now, general practice care.

“Dealing with the sick and vulnerable needs more than a conveyer belt, quick-fix approach to healthcare delivery.”

Andrew Lansley himself is increasingly seen as vulnerable, and he is now emphasising his reform programme is evolutionary, rather than the revolution to liberate services he previously heralded. In his first major appointment, CEO of the new NHS National Commissioning Board – now the world’s largest quango – he was forced by the Treasury to appoint the existing NHS chief executive and ex-communist David Nicholson, the embodiment of  “top -down management” so disparaged by Lansley earlier this year.

Lansley’s overambitious pre-election rhetoric on service changes is now back to haunt him. To take one of many examples around the country, in 2008 he signed a petition to re-open the cardiac and acute medical services at Bridlington Hospital which had been transferred to Scarborough. After a change of heart last month, he said:

“Things have moved on since then.”

The NHS reform legislation is due before Parliament on January 17th, and its passage is expected to take up much of 2011. Organised opposition is growing: besides trades unions like Unite, campaigning groups such as 38 Degrees are lining up alongside the NHS Support Federation, Socialist Health Association and Keep Our NHS Public.

The legislation will also be the next progressive test for the “non-payroll” Lib Dem MPs, whose attitude will be crucial, given there is no mandate for the reforms. John Pugh, Lib Dem parliamentary health committee chair, commented:

“It’s just implausibly silly to pretend [the NHS reforms] do not flatly contradict the coalition agreement to avoid top-down restructuring.

“This can be excused if the government can get NHS professionals to welcome the changes, or at any rate believe in them. When they don’t, the consequences for governments and patients can be fatal.”