Dave Roberts discusses the experience of campaigning in the Oldham East and Saddleworth by-election, which Labour won by 3,558 votes from the Liberal Democrats. 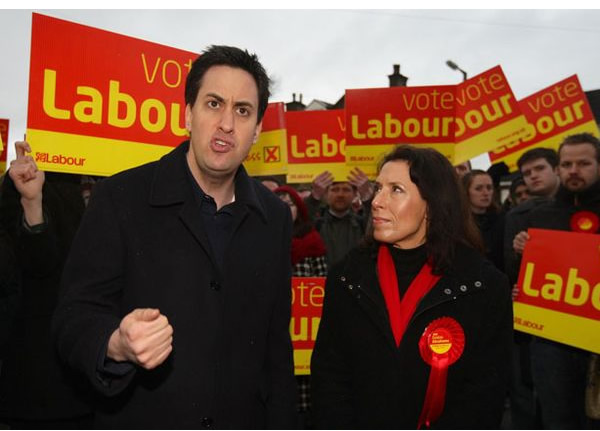 On Thursday, Labour won the Oldham East and Saddleworth by-election by 3,558 votes; Dave Roberts, who campaigned for Labour in the by-election, reflects on his hectic, albeit brief, 36-hour campaigning stint in Oldham

9am Wednesday morning, and it is cold, wet and misty. Out of the gloom I see the smiling face of Debbie Abrahams rising above the roadworks.  I have arrived in Oldham ready for 36 hours of by-election campaigning. As I pull up the car beneath the image of Debbie’s face I can’t help but recall my last campaigning day – Fort Lauderdale in South Florida in blazing sun and tropical rain.

Oldham town centre is a long way from the Florida coast but the job to be done is very similar. The hard graft of identifying supporters and securing the floating vote has been completed, so it is now about getting out the vote.

The campaign office is unbelievably busy, at the weekend there had been an incredible 400-plus volunteers out on the streets. It seems that every part of the Labour movement has provided support; trade union activists, MPs, Peers and grass roots volunteers have all made the trek north.

My first job is a leaflet drop on the edge of town. The area is dominated by bungalows – neat and tidy, with conservatories, garden ornaments, roof conversions and a few left over Christmas lights. At the top of the hill sits a local Conservative Club (all shut up with no signs of life). The leaflet is standard GOTV (get out the vote) fare, with the “send Clegg a message” theme. The few people I see are friendly though I do spy in the distance an elderly Tory volunteer dropping some personalised letters.

Next is a media event with Andy Burnham and Debbie – Newsnight’s Michael Crick asks annoying questions about where we are all from, but all goes well.  After searching out the rare delicacy that is a beef “dinkie” for lunch (a very small pie for the uninitiated) we are dispatched to knock on some targeted doors. Those that we find at home are solid Labour supporters, and promise to turn out. We are given a new calling card that asks the voter to commit to a fixed time when they will vote.

The idea is that the canvasser writes the time down and leaves it with the voter as a handy reminder. After a reluctant start I am amazed at how well it seems to work. People smile at the idea and then take the card – and in the process have thought about when they will vote, and many probably stick to it.

The day ends in the dark and fog, the few hours’ relief from rain is over and the day’s final task of delivering eve of poll targeted literature is made difficult by our failure to bring a torch. With the round eventually completed, it’s time for beer and shepherds pie followed by bed.

5am on election day and the alarm screams in my ear. On arriving at the St James campaign room at 5:30am I realise I am late – many volunteers and staff have already started the morning GOTV leaflet drop. Fog and rain dominates yet again.

I am sent out with a great “Broken eggs and broken promises” GOTV leaflet – a simple message and smart design. I have no idea how many letter boxes I visited but it seemed like every one was designed to make the maximum amount of noise and to scrape my knuckles. The leaflet woke many dogs that morning and I am sure the dawn chorus was earlier than normal as hundreds of volunteers across the constituency did the same as me.

On returning to the campaign room, I again realise I am late – my next task is the obligatory shift on a polling station. Moorside Cricket Club is my destination and when I arrive the pesky Lib Dems are already there and have pitched their chair in the only sheltered spot. So being a hardy type, and a gent, I take up position in the rain and wait for the sun to rise.

It eventually does, but what I am told is a pleasant view over the cricket square remains obliterated by the fog. No sign of the Tories bothering with tellers but some very genial chaps from UKIP turn up after a couple of hours. It does seem that they treat the whole election process as bit of a “jolly wheeze” – but their company does break the monotony of idle chat with the Lib Dems…

I am eventually relieved of my telling duties and, fortified by a mug of tea and a fabulous mega breakfast muffin from the Butty Box, I begin my final duty in Oldham – a long stint knocking up supporters on one of the estates in St James. The fog is unbelievably thick and the rain relentless. The seven hours of walking in persistent rain means that I am wetter than I have been for a long time. When our round is complete I finish with a steak sandwich, throw my soggy coat and boots in the back of the car and start the five hour journey home, feeling very sad to be leaving Oldham before the count.

The Old & Sad campaign has been anything but. From my time in the constituency it was clear that this was a vibrant campaign that tapped into the energy that exists in all parts of the Labour party. The literature was direct and well designed, the messages were clear and resonated with the electorate, the organisation was efficient and the number of volunteers was incredible.

This was a great campaign and a well deserved victory. Yet there is still along way to go. Oldham East and Saddleworth has proved that the Labour party can still campaign and win, but it doesn’t prove that the country is ready to trust us with running the government. There will be many more tests in the coming years but everyone that wants to see the end of this coalition should take heart from the events in Old & Sad.