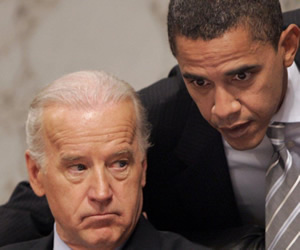 The Fabians’ discussion on how the left, can learn from the right in terms of campaign strategy turned vaguely into “how the left can learn from the Democrats”. The success of the US centre left in turning Republican vitriolic vision on its head isn’t something Labour applied at the last election but, in heed of the Coalition’s success in peddling right-wing rhetoric to the British electorate, is surely something the left can adopt.

With an interestingly selected panel of the left’s left and right’s right – the views of the ‘inbetweeners’ (or rather the liberal Tories and the Labour right wing) was somewhat overlooked. Speaking for Labour, Chuka Umunna and Jon Cruddas, with the aid of Laurie Penny representing the ‘broad left’; and from the right, Matthew Elliot of The Tax Payers’ Alliance and ConservativeHome’s Tim Montgomerie.

Relevantly shining a light on the discourse of US politics, Umunna explained that Labour has a lot to learn from the Democrats, who in the run up to Obama’s victory made the same mistakes Labour have been making. Referencing American linguist George Lakoff, Umunna claimed most people conclude on who to vote for based on emotion and metaphor.

There was a clear consensus here, that emotive language is a clear strength in the right’s election campaigning. As the New Statesman’s Laurie Penny iterated, whether it be a tax ‘burden’, a benefit ‘scrounger’ or a ‘reckless’ spending budget; the right play to people’s self interests and emotions, rather than their sense of fairness.

Cruddas added that the left, without becoming as hasty to pander to right wing media as New Labour was at times, need to learn from the right’s enviable ability to build illustrative politics that fit around peoples’ everyday life. Elliot was right to remind the room that the left are already working in unison with the right wing media on certain populist topics, like bankers’ bonuses and tax avoidance. Indeed, it was the Daily Mail which gave the most coverage of Ummuna’s challenge to Bob Diamond this week.

But there are limits to using emotive language. Umunna, harking back to US politics, went on to declare that Sarah Palin, in her reactionary video following the Arizona shootings, was reckless with her use of the term ‘blood libel’, while there was agreement from both Laurie Penny and Tim Montgomerie on the forecast that Obama has had one of his best weeks since being elected, and Palin had seen the end of her presidential bid.

16 Responses to “Left needs to learn lessons from the States”