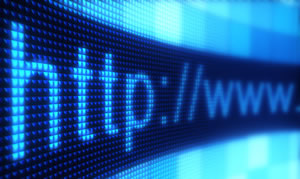 Since culture minister Ed Vaizey controversially backed the scrapping of what is dubbed ‘net neutrality‘ back in November of last year, the debate in mainstream political media over the issue has seemingly taken a back seat. However, there is one organisation that seems to be intently focused on keeping up the pressure to create a two-tier, free market based internet alternative, right-wing pressure group The TaxPayers’ Alliance.

The TPA itself has been an advocate for what it believes is much needed deregulation in the banking industry, publishing a briefing paper jointly with the Legatum Institute that claims:

“Many net neutrality advocates also believe that accessing content, including streaming video, should be free. So how, then, are ISPs supposed to invest in the next generation of internet infrastructure?”

The flaw in the argument that Lazanski fails to mention is that ISPs are under no obligation to “invest in the next generation of internet infastructure”. The organisations who would profit financially from the deregulation of net neutrality laws would be just as able to pump the profits to their shareholders as to provide funding for future internet innovation and development.

As Jon Worth previously explained on Left Foot Forward, abandoning net neutrality could in future lead to an internet where popular public broadcasters like the BBC would not be able to pay for a premium service from ISPs, therefore ensuring video streaming software like BBC iPlayer could end up running at a virtually unusable speed.

In contrast private competitors like Sky could invest to ensure that their streaming service was of the highest quality; however, if ISPs find it difficult to provide a differential service, as Jon Worth points out:

While net neutrality is firmly on the agenda in America, over here there seems to be less focus on the issue. But for those who want to protect freedom of speech on the web, they could be about to face their biggest challenge of all.