In the wake of the Mark Kennedy case, Kevin Meagher argues dwindling police resources are better spent on frontline services than undercover "enviro-spookery". 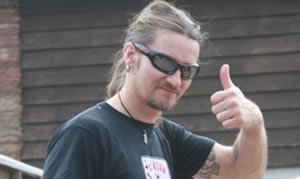 The Mail on Sunday is not the usual place to find progressive common sense. But their recent take on the revelations about Mark Kennedy, the undercover policeman who spent seven years posing as an environmentalist, hit the nail squarely on the head when assessing the police’s failings: “We need George Dixon, they give us James Bond”.

The paper went on:

“The police sometimes give the impression of having watched too much TV, and so fallen in love with a glamorous image of law enforcement, which has little to do with the real world of unsafe streets, burglary and low-level disorder.”

Last year the Chief Inspector of Constabulary, Sir Denis O’Connor, found that just 11 per cent  of police officers were available for duty at any one time, “retreating from the streets” and ignoring the “disease” of anti-social behaviour.

Mark Kennedy’s case has been quickly followed by further reports in The Guardian showing that he was not alone in conducting clandestine surveillance on the protest movement, with the paper this week naming another three officers doing exactly the same thing.

In a landscape where we face a disastrous cut to frontline police numbers, as forces juggle with the dilemma of implementing 20% cuts and as crime rates are set to increase as a result – according to think tanks Civitas – focusing scarce police resources on expensive and seemingly unproductive enviro-spookery is therefore a questionable use of resources.

But there are two bigger issues. The first is the damage done to our civil liberties when we allow the state to use Cold War tactics on groups in this country made up of many lawful and entirely peaceful protestors. This raises serious questions about proper democratic approval and oversight for these covert tactics.

Defending the police’s methods, Joe Murphy, the chief constable of Merseyside – and lead officer on serious and organised crime for the Association of Chief Police Officers (ACPO) – said protestors had the capacity to:

…deny utilities to hospitals, schools, businesses and your granny.”

Serious, to be sure, but it hardly seems to belong in the same category as countering Al Queda.

The question of whether it is right to employ covert tactics on British citizens is compounded by the accusation that these officers acted as agent provocateurs while undercover, facilitating the criminal acts they were supposed to be preventing. To this is added more lurid allegations about the personal conduct of some of these officers in developing sexual relationships with people they were spying on, an act branded “grossly unprofessional” by Mr Murphy.

The second issue is the roles of ACPO, the powerful but secretive Association of Chief Police Officers and its National Public Order Intelligence Unit (NPOIU) whose remit is:

“… to support police forces in managing the intelligence around the threat to communities from public disorder connected to domestic extremism and single issue campaigning.”

NPOIU is one of the “units” that comprise the National Coordinator Domestic Extremism (NCDE), the body that claims to be the “national lead on domestic extremism”, itself an offshoot of ACPO.

ACPO claims that it:

“Leads and coordinates the direction and development of the police service in England, Wales and Northern Ireland.”

As Left Foot Forward has previously pointed out, this is properly a matter for ministers and Parliament, not a supercharged professional body. But as Private Eye points out this week, ACPO is in fact a private company and not even subject to the Freedom of Information Act.

There is a huge question about why senior police officers are effectively left to regulate themselves in these highly sensitive matters, especially when they are straying into areas that affect our basic democratic freedoms.

In a piece last year, entitled ‘How police rebranded lawful protest as domestic extremism’, The Guardian outlined how there has been a growth of surveillance on the protect movement and a subtle shift in the use of terminology to frame Britain’s long history of direct action protest as a threat to the state.

Just as serious threats to the public’s wellbeing must be dealt with, they must not be inflated. And those we enrtust to lead the work of responding to direct action groups themselves be fully accountable to us. With falling police numbers and a projected rise in crime, the public wants and needs a concentration on frontline policing. The Mail is right: we need Dixon not Bond.

Frankly this characterisation may also be inflationary. As the revelations about these undercover officers emerge into the daylight, it seems these Romeo enviro-spooks are a bit more Austin Powers than 007.