Leading Liberal Democrat blogger Mark Thompson looks ahead to the prospects for the Lib Dems in the new year. 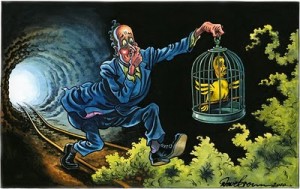 Mark Thompson is a Lib Dem blogger who will be regularly blogging again at “Mark Thompson’s Blog” from the new year following a hiatus of several months; here he looks ahead to the prospects for the Liberal Democrats in 2011

I don’t think it is much of an exaggeration to say there has been a seismic shift in British politics since the general election in May. For the first time in 65 years, there are members of the third political party in government. Lib Dems are now in power and making a difference to government policy in a way that their more recent forebears could only have dreamed of.

However that power has come at a price. The party is having to take decisions, some of which are very unpopular, as evidenced by the recent tuition fee protests. To govern is to choose as the old saying goes and the yellows are now very much having to choose their path in government.

So what does 2011 hold for the Lib Dems? Below I map out four key issues for the coming year and what they may mean for the party:

There is a real risk that with the Lib Dems bumping along in the low teens in the polls – and in some polls even lower – this could be reflected in the local results. We will know much better what the national response to the Lib Dems in government is on the morning of May 6th 2011. Nick Clegg will clearly be hoping for a good (or at least OK) result.

Expect furious expectation management in the run up to the poll in an attempt to influence what “good” and “OK” are perceived as! If it is a bad result then inevitably more Lib Dem members will question whether the party’s national strategy is correct.

2) The AV referendum: Although on the same day as the local elections, the dynamics and consequences of the result of the AV referendum are very different from the local elections for the party. The Lib Dems find themselves in the slightly odd position of spearheading the campaign for a change to an electoral system that was not even in their manifesto (and indeed was in the Labour manifesto!).

However that is one of the consequences of coalition government and the compromise that was reached in those five heady days back in May. Most Lib Dems and electoral reform campaigners in general think AV is a lot better than first past the post. At the moment the polls are showing mixed results on how the vote might go which could be down to the way the questions are worded. There would certainly seem to be all to play for for those who want to see a change for the way we elect the Commons. Indications are that if the referendum is lost the Lib Dems in government will simply keep calm and carry on.

There is no doubt though that if that were to happen a lot of people both within the Lib Dems and others who wish to see an improvement in the electoral system for Westminster will be deeply disappointed. The one silver lining here though, were this to happen, might be that the long sought after prize of a fully elected second chamber under proper proportional representation by 2015 may be close to being realised as a result of the coalition being in government (for which an AV referendum was a prerequisite) and for some that might be a better long term result than AV for the Commons.

3) March Budget: From what I can discern, plenty of Lib Dems at the grassroots level felt that the 2010 coalition budget, despite some disappointing measures (e.g. the VAT rise) was actually good from the perspective of fulfilling some of the promise of the Lib Dem manifesto. There was the movement of the starting threshold for paying tax up by £1,000 (a start on fulfilling the Lib Dem pledge of taking everyone on less than £10,000 out of tax altogether) as well as a change in the rate of capital gains tax from 18 per cent to 28 per cent amongst many other measures that would not have happened were the Conservatives governing alone.

In the budget next spring I expect to see even more clear Lib Dem influence that the party can point to. For example I would expect it to be announced that the lower threshold is to be moved upwards again even if the actual implementation is deferred for financial reasons. The benefits for Nick Clegg of a strongly Lib Dem influenced budget are obvious but interestingly there are benefits for David Cameron too. He is acutely aware of the political difficulties that his coalition partners are facing and the last thing he wants is for his government to be at risk of fracturing. For that reason alone expect a heavily yellow tinted budget.

4) The legacy of tuition fees: Following the vote in early December that passed with a majority of 21, it will be interesting to see what the legacy ultimately is. Twenty one Lib Dem MPs voted against the measure; that is well over half of the Lib Dem backbenchers (those who are not the so-called “payroll vote” within the government). As we have seen in previous parliaments, once backbenchers get the taste for rebellion it is easier on future occasions for them to rebel again. And of course the more MPs rebel, the less likely they are to be promoted into government in the future and so the cycle can become more and more reinforced.

It is worth pointing out, however, that there are not really any further votes within the lifetime of the parliament that will likely be as totemic and where there are pictures of virtually every Lib Dem MP holding pieces of paper saying they will not do what they then go on to do. On that reading this situation in retrospect may be seen as a low point from which the party recovers over time rather than the pattern being repeated. Nick Clegg will certainly hope so!

In summary, everybody in the Lib Dems recognises the difficulties the party faces and I doubt anyone underestimates how hard things are likely to be at some of the cuts start to bite. That is why it is crucial there are further substantial and unequivocal Lib Dem policies announced and implemented in the coming year.