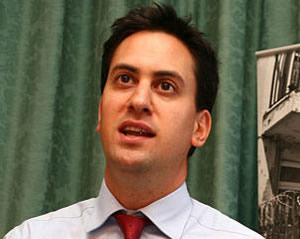 This morning, Nick Clegg made a speech on civil liberties, the sound of the left gloating as the deputy prime minister stumbled over control orders drowning out his critique of Labour’s authoritarian instinct; Mike Harris, a contributor to Big Brother Watch’s ‘The state of civil liberties in modern Britain’, reports

The gloating is an instinct I remember well when I worked for a Labour MP as our government attempted to bring in 90 days’ detention. Even my meagre bag-carrying at the time made me feel complicit in something immoral. Labour friends would shrug their shoulders in bars as we discussed where it all went wrong: the party who had Roy Jenkins as home secretary also managed to accommodate former Stalinist John Reid.

But Labour was possessed by a group-think that imagined the civil liberties agenda was a minority pursuit by a radical Hampstead fringe; that to be in favour of protecting liberties against baser gut instincts was, in itself, a sign of moral weakness: of political frailty.

The reference to John Reid’s Stalinism is deliberate. Many of our friends in the Labour movement’s politics arose not from Methodism but Marxism. Their vision for government was not as a regulator or provider of goods, but as a totality, the State as the rational omnigod. As Francesa Klug said at last year’s Compass conference this

“… intellectual tradition never really saw the problem with the state – provided it was in the right, or rather left, hands.”

It was Ed Miliband’s dad, Ralph, who warned socialists of the danger that the state had it in the potential to be an oppressive force in ‘The State in Capitalist Society’. Whilst Labour did much in government to make Britain more tolerant, we also made painful mistakes.

Clegg opened his speech with a powerful salvo, which is worth reading:

“Ed Balls has admitted that, when it comes to civil liberties, Labour got the balance wrong. Ed Miliband has conceded that his government seemed too casual about people’s freedom.

“Nothing casual about their failed attempts to increase the time a person can be detained without charge from what was then 14 days up to 90; something Labour’s new leader voted for.

“They turned Britain into a place where schools can fingerprint your children without their parents’ consent… Where, in one year, we saw over 100,000 terror-related stop-and-searches, none of which yielded a single terror arrest.

They made Britain a place where you could be put under virtual house arrest when there was not enough evidence to charge you with a crime. And with barely an explanation of the allegations against you. A place where young, innocent children caught up in the immigration system were placed behind bars. A Britain whose international reputation has been brought into question because of our alleged complicity in torture.”

In the last year of a Labour government, 1,000 children of asylum seekers were imprisoned. Yet, as a party there is no mea culpa. Many of the myriad special advisers and ministers who advocated ever more authoritarian powers are still in place. I still hear, “they aren’t talking about it in the Dog & Duck”, as a catch-all phrase that is fairly sinister.

People don’t focus on their human rights until they are taken away. The majority of Belarusians are currently getting on with their lives in Europe’s last dictatorship. It’s the 28 in solidarity confinement in a KGB prison in downtown Minsk for whom human rights are important.

There’s no doubt that Nick Clegg’s attempt to demonise Labour today was political posturing. He ignored Labour’s introduction of the Human Rights Act; that Labour were in office after the talismanic episode of 9/11; that civil liberties are dependent in a democracy on public support (which often wasn’t there). But rather than receiving Nick Clegg’s speech with jeers, Ed Miliband needs to reappraise the party Labour ought to be.

As I wrote before for Left Foot Forward, Labour is toxic to many of the people it ought to be a natural bedfellow of. Many Muslims in places like Oldham East and Saddleworth voted Liberal Democrat not just because of Iraq, but because they felt victimised. Many of the much-derided ‘Hampstead liberals’ are some of the five million votes Labour lost between 1997-2010.

Newspapers that ought to be on our side turned against us. It’s no coincidence that it was a liberal party, the Liberal Democrats, who opposed our authoritarian streak who made the largest electoral gains in 2005 and 2010. And it’s a surprise that we didn’t take this lesson on board. For Labour to win the election in 2015, we need to take a look in the mirror.