Hundreds of thousands of people who are too ill or disabled to work have often been unfairly, and often mistakenly, deprived of incapacity benefit. 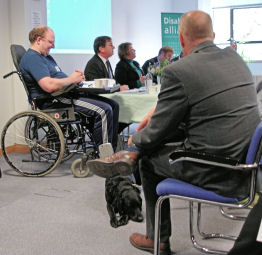 An unacknowledged social policy tragedy of the decade has been the injustice to hundreds of thousands of people who are too ill or disabled to work, and who are unfairly, and often mistakenly, deprived of incapacity benefit and its successor, Employment and Support Allowance.

Let’s hope that Allegra Stratton’s story in yesterday’s Guardian is the first of many stones to be cast against a long and shameful consensus by the two main parties, based on the endlessly repeated assertion that there are a million people on incapacity benefit who are fit for work.

This belief is based on research that assumes that any incapacity benefit receipt above the level in south-east England is evidence of claimants who are fit for work, disregarding:

• The huge growth in limiting long term illness under the last Tory Government;

• The continuing growth in health inequality; and

• The increase in the number of women in the workforce which boosted the numbers who could claim sickness benefits when they fell ill.

My Thinkpiece for Compass, ‘Dark Times for those who Cannot Work’, catalogues a river of disregarded material from official sources and advice and disability organisations establishing that the reform is producing suffering and injustice on a massive scale, and House of Commons and National Audit Office reports that are fiercely critical; see www.informedcompassion.com for detailed background.

The Guardian story uses my finding that more than half a million sick and disabled people have been wrongly thrown off incapacity benefit and its successor, Employment and Support Allowance, over the last 15 years. More than 300,000 had it restored at appeal after disallowance, at huge public expense, and at great personal and health cost. Many more did not appeal because they were too ill, or lacked the support, information and confidence to do so.

Research by the Department for Work and Pensions in 1998 found that 35 per cent of the people ‘disallowed’ ended up sick and back on the benefit. The average rate of reversal of incapacity benefit disallowance through industiral tribunal over the period has been 47 per cent. It is hard to imagine any other group for whom such a high level of wrongful initial decision-making would be tolerated.

In November, a review of the draconian Work Capability Assessment, introduced for new claimants in 2009, advised the government that its method of assessing capacity to work was inadequate and failed those with mental illnesses and long-term disabilities. The Disability Alliance called it an “ineffective test” operating at “substantial and material cost”. Yet although only a quarter of the review’s inadequate recommendations will be in place, the government proposes to roll out the WCA to 1.5 million existing incapacity benefit claimants at a rate of 10,000 a week from April. This should be stopped.

Both major political parties have sung from the same hymnsheet, hardening public attitudes with the help of the media. Ed Miliband has said that mistakes were made when Labour were in government; this one will be hard to acknowledge, because it was made repeatedly, and with distasteful eagerness.