Today, we honour the memory of those who perished and of those who survived the darkest chapter in our shared history, to ensure that the Holocaust never becomes an ‘untold story’. 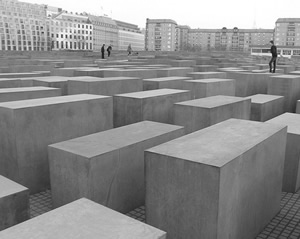 Thanks to the overwhelming number of eyewitness accounts and the volume of documentary evidence about the Holocaust, few of us today can be ignorant of the horrific brutality of the Nazi regime.

Yet while some of the stories and experiences from this bleakest period are well known, others remain in the shadows, untold. Each of us has a duty to reflect on both, in order to understand the ways in which the Holocaust continues to resonate in 2011.

Antisemitism and racism continue to blight our communities. The English Defence League has brought violence to our town centres and fear to vulnerable groups in our society – and in recent years we have again witnessed the obscene spectacle of genocide overseas.

Today, people around Britain are taking the time to remember the millions of victims of Nazism by participating in Holocaust Memorial Day and considering the testimony of those who were persecuted. This year marks the 66th anniversary of the liberation of Auschwitz-Birkenau – the site of the largest mass murder in human history and the ultimate expression of what can happen when ideologies forged from hatred gain traction in society.

This year’s theme of Untold Stories encourages us to reflect on the experiences of the Holocaust that we may not necessarily be familiar with – and communities across the UK will commemorate this important day by holding assemblies, ceremonies, lectures, readings and plays. By supporting the sharing and preservation of little known stories and by learning from survivors’ experiences, we can help give back identities to the multitude of victims of the Holocaust who were rendered voiceless.

The Holocaust exemplifies the very worst of humanity.

The attempted extermination of Jewish people and the persecution of other groups, including the disabled people, gay people, Roma and Sinti gypsies, black people and political prisoners under the Nazi regime retains a powerful contemporary significance, not just for the permanent scar it left on Europe – but because it compels us to reflect on the necessity of combating hatred and prejudice wherever we may find it today, in our streets, schools, workplaces and wider communities.

It is not only written accounts of the Holocaust that provide us with insight. Listening to a Holocaust survivor share their testimony first hand is an unforgettable, moving experience that emphasises exactly why the memory of the Holocaust must be safeguarded. Some of these inspirational people speak on behalf of the Holocaust Educational Trust, sharing their stories in schools and colleges.

However, the poignant reality is that survivors are becoming older and frailer and less able to share their stories, meaning that the rest of us need to become ‘witnesses’ to their testimony and ensure that their accounts are passed onto the next generation.

This is why we believe our work is so important. The Trust’s Lessons from Auschwitz Project, which includes a one-day visit to Auschwitz-Birkenau, gives two post-16 students from every background, from every school and college in the country, the chance to take part in a carefully designed educational programme.

So on Holocaust Memorial Day, we should each remember our responsibility to preserve those experiences of the Holocaust that have been shared, to cherish the testimony of survivors – and to commit to passing it on to future generations. And we recommit ourselves to fighting prejudice in all its guises.

In doing so, we honour the memory of those who perished and of those who survived the darkest chapter in our shared history, to ensure that the Holocaust never becomes an ‘untold story’.