Today, The Times' Anatole Kaletsky has a must read piece dismantling the similar theory of 'Ricardian Equivalence' ... using Ricardo's own words. 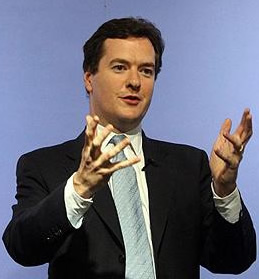 It is widely documented that George Osborne has no ‘Plan B’. The Government’s entire economic strategy is based on a belief that cutting back the deficit will free up the private sector to create jobs and growth.

Left Foot Forward has examined the flaws in the theory of ‘expansionary fiscal contraction‘ before. Today, The Times’ Anatole Kaletsky has a must read piece dismantling the similar theory of ‘Ricardian Equivalence’ … using Ricardo’s own words. Here’s the key extract (£):

“[The Government] hopes that people will be impressed by its determination to cut borrowing and therefore to reduce potential pressures on the public purse — so impressed that consumers will spend more, businesses will create more jobs and entrepreneurs will start new businesses, all based on the confidence that their future taxes will be lower than today.

“Why has the Government decided to bet the economy on this untested theory? Apart from the pure party politics of branding Labour’s policies as recklessly irresponsible, there is an interesting intellectual background to Mr Osborne’s faith that the confidence engendered by cuts will offset the depressing effects on demand predicted by Keynesian economics.

“This faith is based on a theory traced back to the works of David Ricardo, perhaps the most respected economic thinker of all time. In a paper written in 1820, Ricardo examined whether a government that went to war would be better off collecting £20 million in taxes or borrowing the same amount at an interest rate of 5 per cent or £1 million a year. “In point of economy, there is no real difference,” he concluded. “For £20 million in one payment and £1 million per annum for ever … are precisely of the same value.”

“This was seized on by conservative anti-Keynesian economists as Ricardo’s endorsement of their view that government borrowing was indistinguishable from taxation — and therefore that cuts in borrowing would automatically boost private spending.

“This came to be known as Ricardian equivalence, but conservative economists failed to mention that Ricardo himself poured scorn on this simplistic idea, pointing out that it was based on unrealistic assumptions about human nature. Just after the passage about the theoretical equivalence of public borrowing and taxation, he added: “But the people who paid the taxes never so estimate them, and therefore do not manage their private affairs accordingly … It would be difficult to convince a man possessed of £20,000, or any other sum, that a perpetual payment of £50 per annum was equally burdensome with a single tax of £1,000.” In other words, Ricardo himself doubted the Ricardian equivalence on which the coalition’s entire economic policy depends. After yesterday’s figures Mr Osborne had better take note.”