Activists' use of investigative techniques could be the key to unlocking the real scale of public spending cuts, reports Claire French live from Netroots. 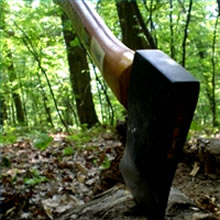 Activists’ use of investigative techniques could be the key to unlocking the real scale of public spending cuts. Following in the footsteps of Heather Brooke, the ‘unsung hero’ of the MPs expenses story that hit the front pages of The Daily Telegraph in May 2009, activists were encouraged to use legislation and alternative tactics to report on the real impact on public services at today’s NetrootsUK conference.

Trade magazines, local newspapers and increasing reliance on social media were also identified as key sources for local and national details of cuts, which may not be highlighted in the national media.

Richard Blogger, who has a keen interest in reforms of the National Health Service, used his blog posts on the NHS as a case study of investigative blogging. Attending the board meetings of local trusts and following health officials on Twitter enable activists to bypass the mainstream media.

The panel felt that the combination of on and offline, old and new research methods give any member of the public the opportunity to find out how they will be affected and what is happening in their local community. Websites such as False Economy have the opportunity to publish hyper-local information with the help of contributors around the country.

David Hencke, Tribune’s Westminster correspondent, highlighed the opportunity of using the internet to hold public figures to account. At the time of the dispute between the London Fire Brigade and the Fire Brigades Union, Hencke used his blog to expose the income of the chair of the London Fire Brigade, Brian Coleman, who he named “Britain’s highest paid councillor”.

Whilst Coleman was witch-hunting “moonlighting firemen”, Hencke published the income of the LFB boss (from the numbers hidden on the LFB website), who it emerged was earning more than £125,000 from a total of four different incomes.

Grassroots mobility and exposing the real government agenda was broadly agreed as something that groups like the TaxPayers’ Alliance have taken advantage of in the past – something that needs to be taken up by local groups and websites now. Reproducing statistics and information handed out on press releases and articles in the mainstream media will only tell half of the story.