Seph Brown discusses the Fabian Society Nexy Left conference debate on the environment, titled: "Green Gloom: How do we win the argument for the planet?" 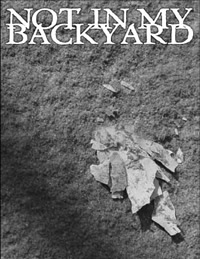 Seph Brown reports on the “Green Gloom: Can we take the environment out of the box?” session at Saturday’s Fabian Society Next Left conference, which featured Joss Garman (climate campaign activist at Greenpeace UK and Left Foot Forward’s Environment Correspondent); Meg Hillier MP (Shadow Secretary of State for Energy and Climate Change); Tim Horton (Research Director at the Fabian Society); Michael Jacobs (a visiting fellow on climate change at the LSE); and Peter Kellner (President of YouGov)

As you might expect, there was not a great deal of agreement on the potential of environmental campaigning at the Fabian conference this weekend. The event provoked a wide discussion which, in one instance, could have given the impression that NIMBYism is a progressive movement and on another, that the world should be “grateful” for China’s oppressive one child policy.

The most interesting point of contention amongst the panellists was the extent to which environmental issues are of particular importance to the public. DECC Shadow Secretary of State Meg Hillier argued that the technical nature of climate and energy policy was outlandish to voters on the doorstep. Instead, progressive campaigners must focus on the effect of environmental issues on the wallets of the electorate, she said, using the costs of energy inefficiency in homes as an example.

YouGov pollster Peter Kellner reinforced the point, noting that in 2005, 20 per cent of the public pointed to environmental issues as important to them – this year that number had fallen to 7%. Likewise, three years ago 50% of the public accepted that climate change is man-made, but as a result of the University of East Anglia controversy, amongst other things, this had fallen to below 40%.

Joss Garman disagreed, arguing that Ed Miliband and politicians more widely continue to fall into the trap of believing that environmental issues are not a priority to the electorate. He said that when voters talk about fuel prices, the cost of energy and pollution, they are talking about environmental issues. This point was later shot down by Michael Jacobs, formerly Gordon Brown’s Special Adviser on Climate Change, who noted that energy and fuel prices matter to the public when they are too high and lowering such prices would work against the aims of environmental movements.

One area where the panellists did agree was that any green campaign could not likely be left to environmental campaigners alone, and would have to call on the NIMBYs of the country to fight projects like airport expansion and new fossil fuel power stations. In his opening remarks, Jacobs made the case that broad environmental campaigns are most salient when attached to a sense of locality. Hillier said it was important for the green movement “not to just talk to ourselves” and had committed to creating a ‘toolkit’ for Labour members to employ to broaden support outside the party in local communities.

Unfortunately for Hillier, politician-bashing also united the majority of the panelists. When pushed by an audience member on the “over politicisation” of the green agenda, Garman did his best to challenge party political stereotypes:

“Some Tories really get it. Some Lib Dems – including Nick Clegg and Vince Cable – don’t and some Labour MPs are viscerally against climate change measures.”

All of the panellists fell behind the idea that in order to succeed, green campaigns need to be cut across party lines.

When confronted with the question of global population there was a collective intake of breath around the room. It is fairly apparent to most that the planet is only so large, and has limited resources. Sooner or later the population of the world will be restricted; if it is not self-imposed then it will be by the very nature of the planet itself.

The issue for academics and campaigners is that neither option is particularly pretty, and with such high emotion around the issue of population regulation – combined with racial tension, international economic justice, democracy and individual liberty – it is a minefield most are keen to avoid.

There was agreement that while it is technically possible to provide renewable energy for the nine billion inhabitants of the Earth in 2050, key issues would be sustainable food production, land distribution and the maintenance of natural habitats. Michael Jacobs then said the rest of the world:

“Should be grateful for the Chinese Communist Party’s one child policy.”

Amongst accusations of supporting genocide he quickly tailored his comments saying that it was not a normative endorsement, but a statement of fact that the world would be in a more difficult situation if China had not have implemented the brutal policy which has led to so many atrocities. He equally forcefully turned his guns on the Catholic Church, whose advocacy against the use of contraception exacerbates the world’s population dilemma.

This was about as close to ‘heated’ as the discussion came, and despite its title, Jacobs injected some much needed optimism to close the event, noting that there has been successes, including the end of leaded petrol – air pollution in general has declined – and even on climate change, more money was invested in renewables than fossil fuels last year.

The audience were not convinced.

18 Responses to “How can we take the green message into the mainstream?”