Economists have warned of the increased likelihood of a double dip recession following the news that the British economy retracted by 0.5 per cent in Q4 2010. 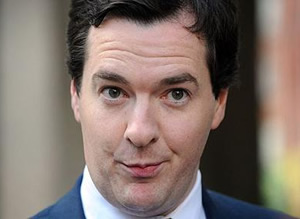 Economists have warned of the increased likelihood of a double dip recession following the announcement that the British economy retracted by 0.5 per cent in the final quarter of 2010. On the New Statesman website this morning, former MPC member Professor David Blanchflower warns that growth figures for the first quarter of 2011 could look equally negative, with the rise of VAT predicted to stump growth for a second quarter running.

In a controversial speech given yesterday, meanwhile, the director of the Confederation of Business Industry (CBI), Sir Richard Lambert, criticised the government’s lack of planning for economic growth. Mr Lambert, who leaves his position with the CBI on Friday, decided to leave office with a sharp critique of the coalition.

He said that whilst the government had got it right on fiscal tightening, they had:

“… taken a series of policy initiatives, apparently for political reasons, apparently careless of the damage that they might do to business and job creation.”

Whilst George Osborne lays the blame for the retraction of the economy on the spate of bad weather in December with, the ONS reports that:

“If there had been no disruption, GDP would be showing a flattish picture rather than declining by 0.5 per cent.”

Labour’s shadow chancellor, Ed Balls, claimed that Osborne’s focus on a politically lead cuts programme was to blame for the lack of growth:

“The government inherited an economy that was strengthening, with growth of 1.1% in the second quarter – thanks to decisions we took to support jobs and get the economy moving… Simply slamming on the brakes is not a credible economic policy.”

While economists analyse what these figures could mean for the British economy, the Conservative press office has taken to picking its way through Ed Balls’ Bloomberg speech in an effort to spin itself out of bad news.

On the same day as the International Monetary Fund revises its global predicted growth from 4.2 per cent to 4.4 per cent, the British economic climate looks like it’s headed for stormy waters; as Ed Balls quoted himself:

“When the facts change, I change my mind.”

Mr Osborne and the Treasury may wish to take note.