The European Conservatives and Reformists group in the European Parliament has been struck another blow following the resignation of Michal Kaminski as leader. 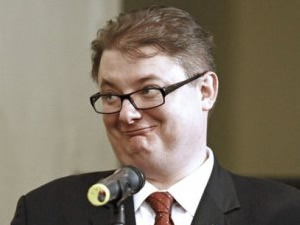 The Conservative’s seemingly ill-fated European Conservatives and Reformists (ECR) group in the European Parliament has been struck another blow following the resignation of Polish MEP Michal Kaminski as leader. As Left Foot Forward reported in November when Kaminski left the Polish Law and Justice party (Pis), Kaminski only became group leader when Edward McMillan Scott, then a Tory MEP, stood against and defeated Kaminski to become a Vice-President of the Parliament.

Kaminski, who had been defended by the Tory leadership despite comments about “faggots”, and allegedly disputing the slaughtering of Jews in the Second World War, brought with him Marek Migalski MEP and Adam Bielan MEP, a vice-chairman of the ECR who in November resigned from the PiS.

Indeed, he stated that he was resigning from the PiS because he:

“… cannot accept that my party is being taken over by the far right.”

This poses several problems for the Tories. With 27 of the group’s 54 MEPs, they should have the natural claim to the group’s leadership, but because of McMillan-Scott’s actions had to settle for the chair of the Internal Market and Consumer Protection committee. Moreover, if the 15 strong Pis delegation splits (as looks likely) and it cannot unite behind a single candidate then there is a serious risk that its members will go to other groups.

If so, they would be only marginally bigger than the communist group of MEPs and much smaller than the Greens. This, in turn, might persuade other MEPs to consider defecting. Were that to happen, the ECR, which currently has MEPs from just eight Member States when Parliament’s Rules of Procedure state a minimum of seven, would collapse.

Although the Guardian are touting the little-known Ryszard Legutko MEP as a possible candidate to replace Kaminski, the most pragmatic choice would be to replace him with veteran Tory MEP Tim Kirkhope, who was originally expected to lead the ECR until his former colleague, and fellow Yorkshire and the Humber Tory McMillan-Scott had other ideas. An MEP in his third term, and a three-time leader of the Tory delegation, he is as skilled and experienced a politician as the ECR have got.

In July 2009, Kirkhope stood aside to allow Kaminski to have the ECR leadership in a bid to save the group from collapse, with the Polish PiS delegation furious at Kaminski’s humiliation by McMillan-Scott. But now if the ECR has any sense they will hand over the reins to Kirkhope, perhaps in exchange for Malcolm Harbour’s position as the only ECR committee chairperson.

With the ECR likely to shrink in numbers, it will almost certainly lose Harbour’s position as chair of the Internal Market committee and have to accept one of the most minor committees. In this scenario the only sensible approach is to appoint Kirkhope as interim leader, wait to see if the Poles can sort themselves out, and then offer them a committee chair position.

However, watching the ECR lurch from disaster to disaster brings a popular phrase involving “piss-ups” and “breweries”. We shouldn’t expect Kaminski’s resignation to be last farce for a group of MEPs famously described by Nick Clegg as a collection of “nutters, antisemites and homophobes”.