Ruwan Subasinghe looks at the coalition’s policy u-turn on industrial action legislation, exploring the intricacies of coordinated action and the legal ramifications. 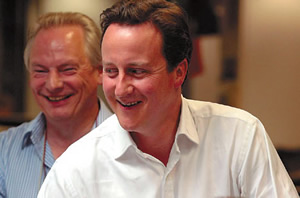 From industrial action being threatened on the day of the royal wedding to a possible ‘general strike’ in the spring, headline writers at the red-tops have been having a field day. Newspaper editors have also been entertaining the three way battle between government, opposition and unions, with Boris Johnson’s anti-union rhetoric and Ed Miliband’s public estrangement from the labour movement making front page news.

Therefore, it seems bizarre the media have yet to clock another remarkable coalition policy reversal. Francis Maude stated categorically on January 2nd that the government would not be introducing emergency anti-strike legislation despite the real prospect of coordinated industrial action.

Yet, just 11 days later, David Cameron suggested that he was prepared to introduce measures that would make strikes unlawful unless a majority of those entitled to vote backed the action.

With the TUC convening a meeting of its 55 affiliated unions to discuss coordinated industrial action in the spring, the prime minister’s sudden change of heart comes as no surprise. However, it is unclear whether his fear of mass action is well-founded or simply a facade to further restrict union power.

Although ‘general strikes’ are not banned per se (they were for a brief period after the General Strike of 1926), strikes are only lawful when they are called in contemplation or furtherance of a trade dispute. A ‘trade dispute’ has to be between ‘workers and their employer’ and must concern the objects of collective bargaining. This so- called ‘golden formula’ prohibits secondary action and makes coordinated action very difficult to orchestrate. However, that is not to say it is impossible.

With the cuts starting to bite, it won’t be difficult to envisage trade disputes cropping up at many workplaces up and down the country. If the unions somehow manage to harmonise their ballots, coordinated action could be a real possibility.

There is also a provision (which Labour introduced in 1999) in the main piece of legislation governing trade unions which allows unions to aggregate strike ballots across workplaces. This can be done where there is a common interest in the subject matter of the dispute, namely a common occupation or a common employer. While this is certainly unchartered territory for the union movement, it would be foolish to think that ballot aggregation will not be discussed at the TUC next week.

A requirement that 50 per cent of a unionised workforce vote in favour of strike action, in addition to a majority of votes cast, is by no means a revolutionary idea. In fact, in countries like the Czech Republic, legislation requires a 50% quorum and a two thirds majority vote to call a strike. However, it is interesting to note that the CBI and Policy Exchange (the prime minister’s favourite think tank) both proposed a more moderate 40% threshold.

The most disheartening aspect of the coalition’s proposal is that it has certainly not considered its international human rights obligations. While the introduction of a quorum will not in itself breach international law, the cumulative effect of the UK’s restrictive labour laws certainly will. The ILO has already berated the UK on its balloting requirements for, among other things, having ‘laws on industrial action ballots and notices which are too complicated and rigid’.

The European Committee on Social Rights (guardians of the European Social Charter) has also criticised the UK for the ‘very restrictive conditions posed by secret ballots’. We might also shortly see a European Court of Human Rights decision rebuking the UK in a similar manner.

Legal ramifications aside, the irony in Boris Johnson championing this proposal (having been elected on a 45% turnout) is truly priceless. At least those who do not vote for strike action can cross the picket line and go to work – a luxury Ken Livingstone voters did not have two years ago.