Nicola Smith reports on the evidence which shows that David Cameron's plans to reduce workers' rights will not increase employment. 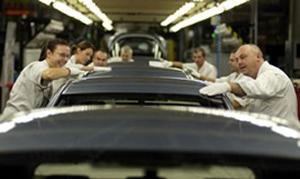 Today’s Telegraph reports on new government proposals to cut employment rights for working people across the UK, informing us that “David Cameron hopes that relaxed employment laws will help to boost the private sector and encourage firms to take on thousands of new workers”. However, our assessment of the evidence suggests that the prime minister will have to “hope” for some time – the assumption that reducing rights creates jobs is simply not true.

Last year we published ‘The Red Tape Delusion‘, a short pamphlet based on a comprehensive literature review undertaken by Landman Economics. The study took an evidence based approach to considering the actual impacts that employment protection legislation has for labour market and wider economic performance.

Evidence from across the world shows that there is no significant relationship between employment levels and employment rights – one recent systematic review found:

“…a yawning gap between the confidence with which the case for labour market deregulation is asserted and the evidence that the regulating institutions are the culprits.”

“…the effect of various kinds of deregulations on unemployment are very hard to determine and may be quite negligible.”

Even the OECD has changed its opinion on the issue, with its 2006 Jobs Study acknowledging that countries with very different levels of regulation had experienced equal levels of success in generating employment.

Recent experiences in the UK also show the limits of the orthodox economic thesis. During its last period in office the Labour government introduced a number of measures which improved rights at work – for example providing employees with protection from unfair dismissal after a year of employment, introducing the minimum wage and introducing entitlements to more generous maternity leave.

The empirical evidence demonstrates that these measures did not have negative impacts on employment levels – indeed prior to the global recession employment rates were at their highest for decades. The reality is that strong employment rates are a concequence of a country’s overall economic strength, not its level of employment protection.

So while we do know that, at best, cutting workers’ rights will have no overall economic impacts (although there will undoubtedly be significant social costs) it is also true that reducing employment protection is no substitute for the contribution that stronger export markets, stregthened consumer demand, smart public sector investment, improved business access to capital and productive workplaces all have the potential to make growth.

Instead of rhetoric on rights at work, the TUC would like to see the prime minister make good on his promise to

“… identify the high growth industries of the future and to work strategically to support them.”

We believe that this should include strategic government investment in high growth industries, a role for government in incentivising high performance workplaces, maintained investment in science and a faster timetable for the introduction of the Green Investment Bank. And it is important that government remembers that regulation can be good for growth.

For example, well-designed (and well funded) active labour market policies can make a substantial difference to the employment prospects of long-term unemployed people. This is an area where the government needs to maintain and increase investment rather than cutting back.

Instead of random reductions in workers’ rights the government should be looking at where regulation has a positive contribution to make to our economic recovery as part of a real strategy to support and strengthen growth now and in the future. Employment rights in the UK are already weak compared to nearly all other developed countries. There is no moral or economic case for making them worse.

22 Responses to “Cutting workers’ rights will not increase employment”