Christian Aid's Paul Brannen discusses how the World Bank must take more actions on climate change and how Britain is in a position to influence it. 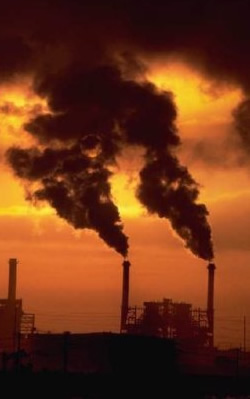 “There is much we can do to help promote low-carbon growth, and to help spread new technologies… But we should ‘first do no harm’. Unfortunately, under Labour, British tax payers money is being used to subsidise dirty fossil-fuel power stations.”

Now, as a governor of the World Bank by dint of his position in government, he is in a position to follow up the rhetoric with action, and press for an end to the bank’s investment in carbon-intensive energy projects.

Set up to champion the needs of developing countries, the World Bank has in recent years poured large-scale funding into coal-fired power stations which produce massive carbon emissions that contribute to climate change.

At present reviewing its energy policies, the bank must be persuaded to clean up its act,  particularly since its emergence at the UN climate change summit in Cancun, Mexico last month as the front runner to administer the Green Climate Fund, which will potentially boast $100bn (£65bn)  for climate finance to the poorest countries by 2020.

Clearly without a change in policy, the bank is manifestly unsuited to act as a conduit for such funds.

Step forward, then, Mr Mitchell, who as the UK’s board representative can now have a significant say in how the bank’s financial institutions are run and how the money is spent. (The UK holds 3.75% of the vote, equal to France, while larger voting shares are held by the US, Japan, China and Germany).

Mr Mitchell must seize the chance to press the bank to put its billions into carbon-safe, clean ways of generating energy, such as solar and small-scale hydroelectric, and biomass projects which can deliver clean energy directly to poor people.

For to preserve any credibility as a force for good, the bank must be seen to be in the vanguard of supporting sustainable and renewable energy sources which would help avert climate chaos while meeting the energy needs of poorer communities to help lift them out of poverty.

At present, its billions prop up dirty energy production across the developing world, fuelling climate change while locking poor countries into destructive ways of producing energy.

Mandated to provide financial and technical assistance to developing countries to help them improve the lives and livelihoods of the world’s poorest, it instead does those living in poverty a double disservice.

Not only are deprived communities in the world’s poorest countries most vulnerable to the floods, storms, droughts and other disasters caused by climate change, they are unlikely to receive energy from World Bank-supported projects anyway, as such projects tend to favour industry and rich households.

Today, more than 1.5 billion people in developing countries – around a quarter of the world’s population – have no access to electricity.  This means nights without lights, limited access to radio and communications, no modern power for their work and no way to safely store food or medicines.

It’s a poor track record for an organisation that states on its website that its mission is to mission is “to fight poverty with passion and professionalism”.