Owen Smith, Labour MP for Pontypridd, outlines the major challenges facing Wales in 2011, with two referendums and the Assembly elections in the months ahead. 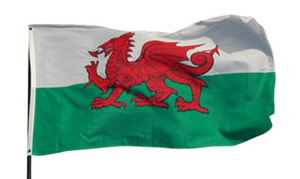 Yesterday, Left Foot Forward reported the first defection of a Liberal Democrat councillor to Welsh Labour since the election, and the “open door” offer to disaffected Lib Dems; here, Owen Smith MP (Labour, Pontypridd), outlines the challenges facing Wales in the year ahead

2011 is arguably the most challenging year for Welsh Labour since 1997: two referendums and an Assembly Election within two short months, new leadership by Carwyn Jones in Cardiff Bay and Ed Miliband in Westminster, and all set against the combustible circumstance of opposing coalitions – our progressive, Labour-led partnership in the Senedd versus the radical and regressive Liberal-Tory pact in Parliament.

However, out of this novel and challenging configuration, there is emerging a resolution and clarity of purpose that bodes well for Labour’s renewal in Wales – and beyond. Our clear message is that it is only Labour that can stand up for the whole of Wales – representing the views and the ambitions of our people, from north to south and east to west.

This clarity is borne of a new maturity in Welsh Labour and the wider Welsh polity. Thirteen years after we first voted to create a National Assembly – years in which the relationship between Labour in Wales and London has significantly evolved, and in which the ambitions of a confident and distinctly Welsh Labour movement have forcefully (re)emerged – Labour is now clearly understood to be the natural home for supporters of a radical, progressive and Welsh agenda.

Liberal voters in Wales, so many of whom found a temporary home in frustration at New Labour’s timidity in the face of the markets and tepid support for civil liberties, are coming back to us – an alliance rooted both in the historical ties that bind the parties of Lloyd George and Keir Hardy in Welsh history and by the future possibilities that Liberal progressives can so clearly see in the leadership of Ed Miliband.

While Plaid voters, once sceptical that the Wales Labour party could stand up to the London leadership, are now increasingly comfortable with the strong Welsh flavour of our policies and of our politicians. For many ex-Plaid voters, especially in the south and south west, whose ambitions stop short of independence, Labour now appeals as the most effective and robust means of having a Welsh ‘writ’ run at home and Welsh lilt heard in Westminster.

The decision by the Labour-led Assembly government to invest in higher education, and to spare Welsh domiciled students from the debts their counterparts in England will endure, is the most recent and totemic example of this distinct, progressive, Welsh way. It’s a decision which exposes the ‘big lie’ at the heart of the Tory government’s political economy: that there is no choice but to cut.

In truth, of course, there are always choices in politics – and economic choices are no less political. Finding the resources to allow for investment in HE –  and for maintaining the crucial principle that higher education is a public good, of benefit far beyond the individual, and therefore deserving of public support – has forced difficult decisions elsewhere in Welsh budget, where the finance for heritage, rural affairs and transport have all taken a hit.

And it’s not just in HE that clear red water between Wales and Westminster is in evidence. In health and secondary education, in stark contrast to the disaggregation and privatisation underway in England, Wales is pursuing a far-sighted and egalitarian approach. Partnership between service providers and users, and a pursuit of excellent but more equitable outcomes, are the principles which are guiding our future direction – as against the free-market fetishism being unleashed in England.

During her demeaning, four-minute slot during the Tory conference, Welsh secretary Cheryl Gillan warned her colleagues that:

“Labour should not be given the chance to regroup and rebuild using Wales as its playground.”

Her fears are justified, confirming the huge power and potential we hold in Wales. But she is wrong to presume Labour is exploiting Wales as a political playground, instead we are protecting Labour values and in so doing elevating Wales into the national foreground. The Assembly, having always struggled to garner public interest outside its borders, is now inspiring praise from national broadsheet editorials and fuelling debate in others.

In this critical sense, Labour in Wales is showing a lead to the rest of the UK – exploding the ancillary Tory lie that we have no plan – by walking the walk of a progressive alternative. Public goods need public support, and co-operation, mutualism and equality are ideas that can underpin how we organise society in lieu of the ‘chaos theory’ and dog-eat-dog individualism that the Tories are doling out from Whitehall. Wales is showing that choices still exist, and an alternative route can still be found.

2011 will test these principles to their fullest extent, as the twin pressures of the cuts-fuelled economic slowdown and a right-wing press are brought to bear. However, we are convinced that our  vision of a confident and strong Wales will win favour with a ‘Yes’ vote  in the March 3rd referendum  on additional powers for the Assembly, and a Labour majority in the May 5th election that follows.

Labour is the progressive standard bearer in Wales – now as in the past – and in the uncertain year ahead we will be hopeful in asking the Welsh people, once again, to rally to our flag.

2 Responses to “Elections galore in a big year for Wales”