Director of the Socialist Health Association, Martin Rathfelder, discusses the future of the NHS. 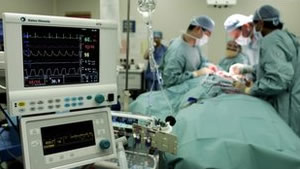 Left Foot Forward will be shutting down over the Christmas break, and will return to normal service on Tuesday, January 4th. In the interim, we will be publishing a series of features on key policy areas looking ahead to 2011. We wish all our readers a very Merry Christmas and a fantastic New Year!

“Since the early 1990s, if not before, there has emerged within the NHS a new language of markets and competition, of payment by results, clinical governance leads, and targets. It has reached its nadir in the description of patients as “service end users” or even “customers”.

“Such a description is peculiarly inapt to NHS patients, who have no contract with the NHS, who do not pay for services, who cannot insist on when or where the service is provided, and cannot rely on the normal implied terms derived from statute to the effect that the services they receive will be provided to a reasonable standard, or that the hospital system which provides the treatment is fit for its purpose.

“Such language, whether it be euphemism, puff or new aspirational concept is often used deliberately for political ends as a gloss or veneer to conceal a far more prosaic reality.”

Questions about the role of markets, competition and choice are the dividing lines between the parties on the future of the NHS. Labour in 1997 pledged to abolish the internal market, and indeed did so, only to bring it back in 2000, in England. Wales brought back the market but then abolished it in 2008, while Scotland and Northern Ireland never had a market.

Labour’s internal market, and the idea of patient choice, operated primarily in respect of elective surgery – one off episodes for people who are in a position to make choices.

Private providers were encouraged to set up dedicated surgical facilities, and paid a premium in order to persuade them into the market. The market mechanism, or at least the threat of competition, was credited with bringing down waiting lists. But as this coincided with a substantial injection of funds into the NHS it is difficult to demonstrate cause and effect, and in many places the waiting lists shortened even with no private competition.

Markets can be very effective at driving down prices and driving up quality. But they are more effective in this respect if they are left to operate freely and it is easy for new providers to set up competition whilst other providers are left to close down. The cheapest mobile telephone service in the world is in Somalia, which doesn’t have a government to interfere with the free market. But I wouldn’t like to live there.

In the real world every sort of service is organised in a balance between market forces and central, usually government, direction and regulation. Although the NHS preserves many of the characteristics of a nationalised industry under the direction of the Secretary of State it also operates in a market economy. There is an international market in clinicians, in pharmaceuticals and in clinical equipment, as well as in more mundane supplies. But only in the last few years has it been suggested that the market approach should apply to the clinical services directly delivered to patients.

Under Labour there was little real competition. Where patients were offered choice most chose to go to their local facility and many just asked their GP where they should go. The patients who really wanted choice about where to go – pregnant women and people with mental health problems – didn’t get offered any choice. When asked patients were more concerned about how they were treated than where. Andrew Lansley now proposes to go much further down the road which Labour started. Instead of a nationalised system under political direction he plans to leave market forces to drive up efficiency and quality.

The vast majority of the health budget will be given to an independent National Commissioning Board (NCB – for those with long memories) and from there allocated to local consortia of GPs. All NHS trusts, which provide the services, will become social enterprises. The commissioning consortia will buy health care services from these local trusts or from “any willing provider”. Individual patients can make their own choices, of any GP and of any provider of a service authorised by their GP. The theory is the wisdom of the market will drive up standards.

There is no need for any planning. The only voice or influence local people have over what services are provided is through membership of foundation trusts or local authorities, whose role in Lansley’s ‘Plan of Liberation’ is still rather unclear. Quality  is down to the market. Old values such as partnership, mutual support and cooperation which used to run through the NHS will go for ever and competition will rule.

The market idea of an NHS which is a collection of disparate services, each of which can be bought like a CD, is totally inconsistent with the needs of patients who require many services, often from different providers, and who want a joined up approach not a competition for their ill health.

There are also good reasons to question whether market forces will really be effective in health care, and evidence from the last 20 years within the NHS finds this approach has not worked so far. More than half the NHS budget is spent on the care of people who are too ill to make decisions about where they want to be treated. Making a choice requires some spare capacity, and providing extra capacity is expensive.

As clinical services get more specialised, and more expensive, choice becomes restricted. Choice has never been much of an option for people in Cornwall or Carlisle, but even in Manchester there is only one hospital specialising in brain surgery and only one specialising in dermatology. Patients are not well placed to decide whether clinical services are as good as they might be, so they tend to choose on the basis of available facilities.

Choice is valuable for patients as there are better outcomes when patients are involved in their own care. But this is choice for the good of the patient not the artificial choice set up just to create a market, and the choice needs to be about more than where to go. What is required is a process of shared decision making, usually with a key clinician who is in a position to guide the patient’s journey.

More fundamentally, market forces improve quality when new and more efficient providers drive out poor providers. It isn’t easy to see where new providers will come from. The NHS is more or less a monopoly employer of doctors, so commercial providers either have to pay more than the NHS, take the NHS rejects or recruit from abroad.

But the problems of new providers are as nothing to the problems of closing down poor providers. Most commentators reckon that around a third of the district general hospitals and many smaller community hospitals are actually surplus to requirements, unable to compete economically or clinically. Most of those due for the chop are smaller suburban hospitals, many in Tory areas, and if they are exposed to real market forces they might be closing in around 2015.

Will market forces be permitted to close them? The public have a touching faith in hospitals, and voters are unlikely to be convinced by any protestations from Mr Lansley that hospital closures are nothing to do with him. The area where better competition could potentially be of greater importance is in primary care where services are simpler, there are more providers already and entry costs are lower, and the services do not require such high levels of scarce expertise.

There is no magic bullet, no single driving force for change and no insertion of market forces can bring change quickly. Disruptive initiatives usually do more harm than good. In fact a period of stability from top down change would be beneficial and by reducing much of the market management processes there could be a transfer of resources from bureaucracy into patient care.

21 Responses to “Where will the NHS go from here?”