Looking at petrol pricing, Eleanor Besley asks what has happened to the Conservatives' pre-election promise of a fair fuel stabiliser. 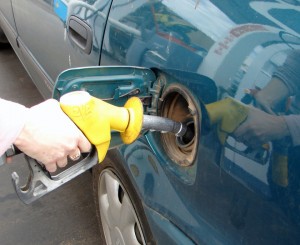 The publication last week of RAC’s annual Cost of Motoring (CoM) Index reawakened media interest in the highly contentious issue of petrol pricing. But what has happened to the pre-election promise of a Fair Fuel Stabilizer – have the powers that be finally come to their senses? Unlikely…

To save us time, Peter Edwardson’s mind numbing gas guzzler blog has a chart showing petrol prices by year since 1983. Petrol Prices.com shows the impact which fuel duty has had on the price of petrol.

As we know, sharp rises in actual cost of fuel during 2000 and again in 2008 resulted in a significant level of uproar from the motoring lobby and earlier this year, Stephen Glaister urged voters and politicians alike to consider petrol pricing more politically. In reality they already were.

When in opposition, the Conservatives consulted on the popularity of introducing a ‘fair fuel stabiliser‘ which resulted in the inclusion of the topic in their 2010 manifesto. Their pre-election pledge to “consult on the introduction of a fair fuel stabiliser” if elected, contrary to right-wing media implication, has not yet died a death and has been rapidly progressing under the surface.

In May of this year, Ray Massey claimed that the government had taken a “u-turn over fuel price safeguard to cut duty on petrol and diesel”, but in August the Treasury announced that “Options for a fair fuel stabiliser [would] be looked at alongside the OBR’s [Office for Budget Responsibility] assessment of the effect of oil price fluctuations on the public finances” and that “no decision [had] yet been made”.

The OBR published their assessment (very quietly) on September 14th concluding that the overall effect of a temporary oil price rise would be close to zero and that a permanent rise would create a loss to the public finances. The analysis, they say:

“… should provide the Treasury with useful evidence as it formulates its policy on the fair fuel stabiliser.”

On January 1st 2010 the VAT rate reverted to 17.5 per cent. The 3p fuel duty rise scheduled for early 2010 was delayed in 2010 Budget with the duty going up by only 1p a litre on the 1st of April. This went up by another 1p a litre on the 1st October 2010 and will increase again by 0.76p on January 1st 2011. Yesterday’s announcement from the RAC looks to re-ignite growing unrest among the motoring lobby, stating that,

“Motorists will continue to be hit hard in the New Year with the additional rise in VAT to 20 per cent. This is likely to take us into a new era of record petrol prices, which is why it is vital the Government takes a close look at the issue to help end the war on motorists’ pockets.”

As the gas-guzzling lobby begins to rekindle concern over rising fuel prices, should we be concerned that the FFS becomes a reality? The only reality of a stabiliser is that any money raised would be ring fenced and saved up to prevent the impact of a future fuel-price increase, thus encouraging more people to use their car more often and refusing to acknowledge that the real cost of motoring has been falling for a significant length of time.

In a commendable question from Norman Baker when he was in opposition, it was clarified by the government that between 1980 and 2009 the real cost of motoring, including the purchase of a vehicle, declined by 17 per cent. Whilst bus and coach fares increased by 54 per cent and rail fares increased by 50 per cent in real terms. These figures are based on the transport components of the Retail Prices Index.

Should a government determined to show their green side be protecting the already highly prioritised motor vehicle on our roads?

If we really want to confirm our darkest fears, we need only remind ourselves of Phillip Hammond’s comments two weeks ago. Addressing the Transport Futures Seminar, Hammond pointed out that

“…over 80 per cent of journeys are made by car, with our roads representing our greatest investment in national transport infrastructure.”

“Roads and cars have had a bit of a bad press since the focus has been on climate change, but they remain the only practicable mode of transport in many areas.”

But Mr Hammond is way off the mark with this. The reason why roads and cars remain the only practicable mode of transport is not simply because that it their role, but rather because transport policy has favoured motor transport to the extent that it is currently cheaper, easier and more convenient.

If this government continues to rely on the prioritisation of personal motorised transport then it will continue to eliminate a significant portion of the population from accessing the transparent and competitive public services that Whitehall is aiming for. I’d better dust off my copy of Roads For Prosperity.

8 Responses to “What’s become of the fair fuel stabiliser?”