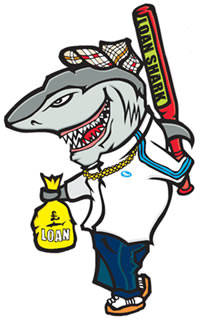 Lisa Nandy is the Labour MP for Wigan

The term ‘social exclusion’ is overused in politics despite being a nebulous term that covers such a vast range of social ills. “Financial exclusion”, however, whilst similarly abstract, does not have anything like the prominence it needs in our national political debate. Financial exclusion is real and easy to grasp. Almost 100,000 people in the North West, where I am an MP, do not have access to any financial services at all – not even a bank account.

In rural constituencies, like my own in Wigan, there are large areas with not one free ATM. People on lower incomes are much more likely than higher income groups to withdraw small amounts of cash frequently, which means they can incur charges of up to 15 per cent.

Financial exclusion manifests itself in a number of ways, not least in the reliance of many of the poorest households on credit simply to meet their basic needs. For these people, there are very few options, particularly in the current economic climate where sub-prime markets have crashed and some banks are charging extortionate levels of interest.

Already, I have heard from constituents who are deeply concerned that companies are advertising short-term loans at huge annual percentage rates and others who have been bitten by the credit agencies that sell appliances and other goods at enormous repayment costs.

There are now many ways to get a short-term, high-cost loan:

• Wonga have launched an iPhone application which allows a borrower to have a short-term loan directly transferred into their account within the space of a few minutes – this comes with a whopping APR of 2,689 per cent;

• Door to door lenders charge up to £82 for every £100 borrowed when you include all the arrangement and admin charges;

• Lenders such as Provident Personal Credit charge up to 589 per cent APR on loans, or their new nifty way of getting people into debt is to offer them ‘Love to Shop’ High Street Vouchers – enticing some of the neediest households in Britain into debt which they simply cannot afford.

Several years ago I worked with young homeless people at the charity Centrepoint, where we discovered young people in our hostels were being targeted by companies offering attractive access to credit at astronomical rates. Many of those young people took on levels of debt that rendered them bankrupt before they had even reached 21.

The financial crisis we are currently experiencing is the result of precisely this sort of irresponsible high cost lending to the most vulnerable people in society, but despite this, the crisis is being used by financial institutions as a means of making profit from those very same people.

Despite an excellent campaign by think tank Compass and my Labour colleagues, spearheaded by the excellent Stella Creasy MP, the coalition has largely overlooked the problem of legal loan sharking and the high cost credit sector. The campaign is a simple and reasonable one: to cap the cost of all forms of consumer credit, a cap that is already in place in Poland, France, Germany and many US states.

In the run up to Christmas, these legal loan sharks will be more prevalent than ever and people will be put at great risk. As an MP, I plan to vote in the Consumer Credit Bill in February but there are also ways you can get involved to: make sure you submit evidence to the Department for Business, Innovation and Skills Consumer Credit Review; there is a simple and easy tool to enable you to do this on the End Legal Loan Sharks website and sign up to the petition on their website as well.

This government has launched such a sustained attack on the weak and the defenceless that the opposition movement has been forced onto the back foot, doing all we can to protect the safety net that is already in place. This is a rare chance to make real progress in an area that will affect hundreds of thousands of people up and down the country, and I urge you to support this worthwhile campaign.

28 Responses to “Time to muzzle the legal loan sharks”