On the day the coalition unveiled its formal legislative proposals to give Holyrood greater tax varying powers, a group of business leaders in Northern Ireland have called for Stormont to be given the power to set its own corporation tax. 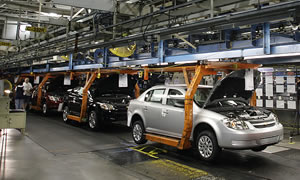 On the day the coalition unveiled its formal legislative proposals to give Holyrood greater tax varying powers, a group of business leaders in Northern Ireland have called for Stormont to be given the power to set its own corporation tax (CT).

In their letter, the business organisations say:

“We believe that a reduction in CT is the fastest way to rebalance and grow the NI economy and create jobs. Without reform, the NI economy will continue to be untenable and over dependent on GB taxpayers.”

The main concern is that with CT rates of 28 per cent in the UK and just 12 per cent in Ireland, Northern Ireland is proving a far less attractive proposition for business investment at a time when the UK government is pushing for a private sector led recovery.

The calls for the devolution of CT come following a meeting last week between Northern Ireland ministers and the Financial Secretary to the Treasury, Mark Hoban, during which first minister Peter Robinson called for Northern Ireland to be able to reduce the business tax across the province.

“The current financial crisis in the Republic of Ireland is of great concern to us all. There can be no doubt that the current situation with the Irish economy has the potential to have a knock on effect in Northern Ireland. We have used this opportunity to voice our concerns, in particular with regard to the issue of Corporation Tax, to the Treasury.”

“We sought and received assurances that the Treasury and NIO are actively considering mechanisms through which the Executive could reduce our corporation tax rate. We are greatly encouraged by these assurances and look forward to receiving further details in the coming weeks.

“Both economies on this island are intertwined. It is vital that the South receives every assistance available to ensure economic stability throughout the island.”

Not everyone has voiced their support for the move however, with Richard Murphy of Tax Research UK declaring:

“The truth is the Irish Republic’s tax system is fundamentally different from the UK, there is absolutely no way on earth that Northern Ireland could reproduce what the Republic offers and as a result this is a gamble that would cost £300m out of the block grant.

“If you are going to spend £300m on attracting businesses into Northern Ireland this has to be the worst way possible. The Confederation of British Industry said in evidence to the House of Commons a couple of weeks ago they couldn’t guarantee a single new job as a result of this for Northern Ireland and they are right.”

2 Responses to “As Scotland gets greater taxation powers, is Northern Ireland next?”