In the latest Political Innovation essay, Miljenko Williams of the blog 21st Century Fix looks at what politics can learn from the likes of Last.fm 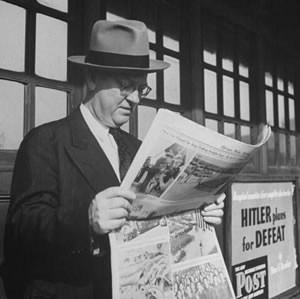 This is a guest cross-post by Miljenko Williams, who blogs at 21st Century Fix; it was originally published on Political Innovation

If you’re reading this, you’re probably a regular lurker around the blogosphere and the longer, cleverer articles on media websites. You may even go further than that and comment occasionally, “Digg”, share or “like” postings on Facebook. And if you’re very clever with your RSS reader, you may have found a way of getting some of the better quality content to come to you – almost unbidden – by some smart “collaborative filtering” technology.

Google Reader users, for instance, know when other people who share their interests have chosen to share something worthwhile.

Blogging can, in itself, be an improving experience. But is it as improving as it could be? Is there anything we could learn from the way the internet pushes other media at users based upon their known preferences?

I’d suggest that Last.fm is a good place to start. If you’re not already familiar with it, it’s a music website where the music is not only legal and entertaining but also, if you want it to be, mind-stretching and educational.

Scrobbling is at the heart of Last.fm.  Because Last.fm can see what music you’re listening to on your iPod or PC (perhaps also on Spotify), it gradually builds up a profile of what you like. It then builds a profile page for you that others can look at.

Some of the most fascinating and educational features of Last.fm are the different radio stations, especially the “neighbourhood” and “recommendation” radio stations. The “Dashboard” shows you music that it thinks that you haven’t heard but that you may like.

It allows you to find people who have similar tastes to yourself and use their playlists to fill gaps in your own. It uses a system based upon a collaborative filtering algorithm so users can browse and hear previews of a list of artists not listed on their own profile but which appear on those of others with similar musical tastes.

Last.fm allows us to passively recommend music to people we have never met, and the site also calculates what suggestions will be met favourably. But the interesting possibility Last.fm offers to consumers of written content is that it moves listeners, little by little, from the known to the moderately unknown, using a series of automatic and manual tools – thus expanding the users’ knowledge of their chosen area of content.

Imagine if every newspaper article or blog post we read contributed to a similar system that sought to find new interesting material that was able to fill our knowledge gaps?

Last.fm creates a kind of musical inkblot which broadens in an entertaining and educational way and creates objectively better and more intelligent listeners. What’s more, by being able to “ban” or “love” content that users listen to, interactivity with future recommendations is maximised – as is the ability to influence and mould such recommendations.

Let us now apply the above to political blogging and commenting. If we could do for articles what Last.fm does for tunes, we could potentially have a tool that promoted self-learning. We’d be creating a self-educating website of political DNA, the like of which we have never experienced before. Except, that is, to date, in the field of music.

The ability to trawl a substantial database of all kinds of political thought, in order to support, substantiate and argue different points of view and positions, would help bloggers and commenters of all shades of opinion generate more effective, accurate and constructive levels of communication in the field of political endeavour and exchange.

In addition, the social media features of sites like Last.fm, where people build sustained relationships on a one-to-one and group basis, could contribute usefully to generating that sense of engagement and empathy that much of internet discourse seems to have lost, as it continues to take place in the distancing ether and on either side of defensive computer screens. As it happens, such a database exists in prototype – thanks to a previous “Political Innovation” essayist.

I have sketched this idea out as one that can be applied to politics/policy-related content – mainly because it is my personal enthusiasm. But there’s no reason to suppose it couldn’t be applied effectively to any area of human knowledge in which a large proportion of the content is available on the open web.

There is no question that it will be a significant challenge to work out how such a database can develop the critical mass of users and reactions to such content. This is where the next level of investment is needed. But it doesn’t seem to me to be a showstopper, especially as the rewards – in terms of human understanding – are potentially huge.

We’d be very interested to hear any ideas that you have for an essay of your own –we’ll need an email and we’ll want to discuss it with you before it goes on the site. All contributions will be archived on www.politicalinnovation.org – along with details of what we’re looking for from essayists and a bunch of FAQs and a guide to how we hope the whole thing will play out.

I hope you’ll get involved in this as a commenter, participant or maybe even as an essayist. Make sure you don’t miss anything by joining our Google Group, subscribing to the blog RSS feed, getting each post emailed to you and, of course, following us on Twitter and Facebook.

21 Responses to “PI No. 8: Self-improvement for people who read newspapers (and blogs…)”