On the International Day for the Elimination of Violence Against Women last week (November 25th) the government announced the appointment of Liberal Democrats equalities minister Lynne Featherstone as the new champion for tackling international violence against women. 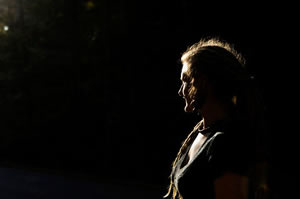 On the International Day for the Elimination of Violence Against Women last week (November 25th) the government announced the appointment of Liberal Democrats equalities minister Lynne Featherstone as the new champion for tackling international violence against women.

This was the culmination of a post-election campaign by organisations and activists across the gender and development sector, including One World Action, CARE International and Action Aid.

Ms Featherstone has an almost insurmountable job ahead of her. According to the United Nations, 1 in 3 women globally will be beaten, coerced into sex or otherwise abused during her lifetime.

Violence against women is the most pervasive of all human rights abuses. It crosses culture, class, race and location. It has political, economic and social dimensions. It can be domestic or institutional. It can be physical, sexual or psychological.

Whilst the campaign has welcomed the appointment of Ms Featherstone, it has launched a petition calling on the government to ensure that she now has the access and resources necessary to drive forward change.

This means a seat on the powerful National Security Council. It means a remit that covers the Foreign and Commonwealth Office (FCO), the Department for International Development (DfID) and the Ministry of Defence (MoD).

It means leading cross-government action on tackling violence against women, ensuring that it is embedded, in a meaningful way, in all UK foreign policy.

The 16 days of activism against violence against women is ongoing. During this time, whilst many readers of Left Foot Forward will take advantage of their political freedom to speak out against the cuts or against rising tuition fees, women around the world will face violence, kidnap and torture in defending theirs.

There is an old saying that it is easy to break one stick, but almost impossible to break that same stick when it is bundled with 50 others. It is similarly easy to silence one woman defending her rights. However, the more support the campaign petition gets, the more difficult it will be to ignore the mounting plethora of voices against violence.