Without significant amendment, the Neighbourhood Planning section of the Bill could pave the way to higher levels of inequality between and across communities. 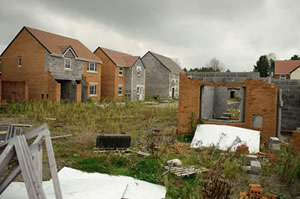 This week’s Localism Bill aims to “take power away from officials and put it into the hands of those who know most about their neighbourhood – local people themselves”. In reality it offers up a very complex response to the simple desire that most communities would like planning to be more sensitive to their needs.

Without significant amendment, the Neighbourhood Planning section of the Bill could pave the way to higher levels of inequality between and across communities and may create the conditions necessary for big business to exploit vulnerable communities.

And where do the Equality Act, the Climate Change Act and the Sustainable Communities Act fit into all this?

The Localism Bill is one of the largest and most complex set of reform proposals to the planning system since 1947. So complex and far reaching is the Bill that analysts have yet to wade through its implications in full, though some analysis has been done by the BBC and the Guardian and Left Foot Forward has published a wonderful summary of the potential wider impact on local communities.

The neighbourhood planning section of the Bill seems to pose most risk, heightening the chance for community exploitation and disproportionately affecting more vulnerable communities. Under neighbourhood planning, the power struggle currently found between national and local government will be transferred to sit between local government and the communities they represent.

The Bill proposes the creation of neighbourhood forums (either a parish council or a group of at least three people standing together) which would be able to determine the planning future of a local area (in line with local and national strategic planning) but which would not be funded by local or national government (and would therefore need to shell out from their own pockets or identify a generous commercial interest).

It fits in very nicely with the wider Big Society agenda, but given the reduction in funds that councils are facing in 2011/12, will the Localism Bill result in work which would normally be carried out by a local authority being carried out by a neighbourhood forum? The more major concerns arise slightly further down the line…

Firstly, it takes very little imagination to conceive the typical constitution of a neighbourhood forum. Those communities higher in social capital will undoubtedly be first in line to set up a neighbourhood plan. Additionally the Bill welcomes commercial participation on forums; indeed it could be argued that a forum entirely made-up of commercial interests would be considered legitimate.

As such, communities lower in social capital would become increasingly vulnerable to the impact and will of commercial interests in their area. Add to this the fact that local authorities are due to receive £20,000 for every plan which they adopt (after a lengthy process including a referendum). The cynics among us may be able to see how big business could influence the process as much as they could the actual planning arrangements.

Bring on ‘the Finchley Road bought to you by BP’ (in reality we’re already starting to see this kind of development: Newbury station for example is already sponsored by Vodafone.)

Secondly, the Bill does not appear to mention whether a neighbourhood forum would be a public body in the sense that it would be subject to the Equality Act and it does not make clear how legislation such as the Climate Change Act and the Sustainable Communities Act would tie-in with neighbourhood plans. Furthermore, it makes no mention of how government proposes to train all communities on planning legislation or processes.

The Bill is expected to leave Parliament at some point in 2012. Let’s hope the powers that be are able and willing to come together and make a significant number of amendments which, at the very least, encourage equality and diversity.