An exhaustive academic report shows why Labour would benefit from the Alternative Vote. The report argues ""By opposing AV ... the Labour Party is likely to deprive itself of a chance to gain seats" 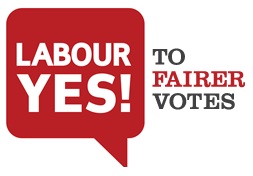 The principled arguments for a ‘Yes’ vote in May’s referendum on the Alternative Vote have been well documented by Next Left among others. But the partisan case for Labour to campaign for a ‘Yes’ vote has now become clear in an exhaustive academic report (pdf) by the “world’s leading expert on referendums“, Dr Matt Qvortrup of Cranfield University.

Reiterating research published in The Guardian, the academic outlines that Labour would have gained four more seats in the 2010 election under AV while the Conservatives would have won 26 fewer seats.

Dr Qvortrup rebuts a recent article by Strathclyde University’s John Curtice which suggested that the Tories could benefit from the introduction of AV by outlining that the argument was “not based on empirical evidence” but on “assumptions” and “conjecture”. The article was:

“a journalistic comment, not a solid piece of political science … If we rely on the figures from surveys as provided by opinion polls the result is clear; Labour would gain from the introduction of AV.”

Referring to claims that the 2008 Mayoral election showed that Conservatives had an advantage, Dr Qvortrup writes:

“By opposing the Alternative Vote – or by campaigning half-heartedly for it – the Labour Party is likely to deprive itself of a chance to gain seats, and even of unseating the Government in the next General Election …

“AV is Labour’s best chance of ousting the Conservative-led government and for appealing to disgruntled Liberal Democrat voters who regret that their parties opted for an alliance with David Cameron rather than a partnership with the Labour Party.”