What will drive long-term growth in the UK economy? With the growth White Paper now kicked into the long grass, it looks as if the Government doesn’t have an answer to this question, at least not now. At the same time, since the New Labour boom years ended in financial bust, the centre-left also needs a new story. There is much talk of the need for green growth, and ‘rebalancing’ the economy away from finance, often towards manufacturing, but no overall narrative on what will be the motor of growth after the crisis. 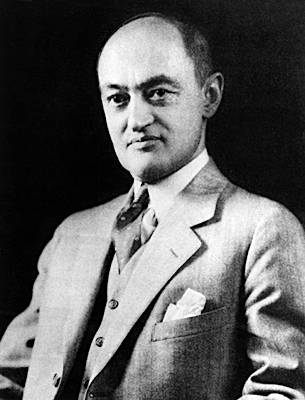 Matthew Lockwood, associate director, Institute for Public Policy Research (ippr), argues innovation is what will drive the economies of the 21st century

What will drive long-term growth in the UK economy? With the growth white paper now kicked into the long grass, it looks as if the government doesn’t have an answer to this question, at least not now. At the same time, since the New Labour boom years ended in financial bust, the centre left also needs a new story. There is much talk of the need for green growth, and ‘rebalancing’ the economy away from finance, often towards manufacturing, but no overall narrative on what will be the motor of growth after the crisis.

In a pamphlet co-authored by myself and Adam Lent published by ippr today, we believe that there is actually a clear answer to the question – innovation.

There is now compelling evidence that what drives increased productivity and growth in living standards is not investment per se, or the development of this or that particular sector, but the process of innovation – not only technological but also managerial and institutional.

Indeed the enormous creative dynamism of capitalist market economies, and the huge growth that innovation has unleashed in the last 300 years, is the single most striking thing about capitalism. As a result, we argue that in the 21st century, debates about economic policy should focus on how to accelerate and shape innovation in the UK and globally, and how to live with its consequences.

By contrast, much recent debate – both about the causes of the crisis and the right response to it – is still framed by the long 20th century struggle between market fundamentalism and those, including Keynesians, who reject the idea that markets are fundamentally stable and self-correcting if left to themselves and argue for a crucial role for the state to intervene to put that failure right.

This debate is important, especially in the context of recovery from crisis or recession.

But the reality is that neither free markets nor Keynesian demand management are in themselves guarantors of long term growth, As the growing sub-discipline of evolutionary economics emphasises, what is important about real economies is not their static allocative efficiency, but their dynamic potential.

Countries which are best able to catch waves of innovation – whether the US in the Fordist era, or Japan in the early days of IT-enabled flexible specialisation and just-in-time delivery – are those that can transform living standards most quickly. We believe that the next wave of innovation may be about realising the opportunity offered by the internet for consumers to become increasingly involved in the design and production of the goods and services they buy – so-called ‘prosumption’.

This next wave is already transforming everything from Lego to t-shirts to computer software, and the companies and countries that surf its crest will be the economic leaders of the next generation.

The UK has struggled to keep up with these waves, partly because many business leaders and policymakers have not appreciated their importance and grasped the opportunities in time. There are a range of policies, from ensuring new entrants into markets, to building a thriving higher education system, to dedicated financial institutions for innovation, which we argue should play a much bigger role in British economic thinking.

But there is also a dark side to innovation. Schumpeter characterised it as “creative destruction”, and there are always winners and losers in the process. One effect is literally the destruction of jobs and obsolescence of investment as a result of technological change, most obviously in the period of deindustrialisation which followed the election of Thatcher at the end of the 1970s, but which has continued since. In 1978, a quarter of the workforce was employed in manufacturing, which is down to 8% since, despite the fact that the value of production has doubled. These changes are largely due to technical change.

The losers are not only factory workers, but all workers whose work is routine, and including clerical workers, and now, for example, supermarket checkout staff. The hollowing out of employment and stagnation of wages in medium skilled but routine work has resulted in the “squeezed middle” phenomenon which so many politicians have picked up on. By contrast, skilled workers whose productivity is boosted by IT (including in finance) have seen their relative wages soar since the 1970s.

The old left response to these forces was to resist them, but this approach was first broken by Thatcher and then abandoned by New Labour, which sought instead to compensate losers through redistribution from tax. Resisting innovation does not make sense, for it will suppress growth and the benefits of higher productivity. But the strategy of redistribution also comes up against limits, both political and economic.

We argue that instead we should be seeking to radically expand participation in innovation, to spread the gains as widely as possible, and put much more serious effort into helping people move from old to new jobs throughout their lives. This is about rethinking not just skills and training but also the purpose of social security.

Finally, we also need to start to shape innovation more actively. Evolutionary economists argue that innovation in an economy is just like the evolutionary process in the natural world, where success is defined by how well species fit in to the environment.

In the economic world, that environment is crucially shaped by policy. For example, up until recently, there has been no incentive to direct innovation to low carbon technologies, and as a result we live in a world where dirty energy and transport is very cheap. But we can and must radically change the policy environment for innovation, redirecting creativity and entrepreneurship towards making clean energy cheap.

We believe that the centre-left does need a big new idea on economics, and that innovation is that idea. This idea works with the grain of how capitalist market economies function, and it connects with the deep and powerful notion of the human potential for creativity. But taking innovation seriously also means seeing how disruptive it can be to society, and ensuring that, while technologies may become obsolete and companies may fail, the same is not true of people.